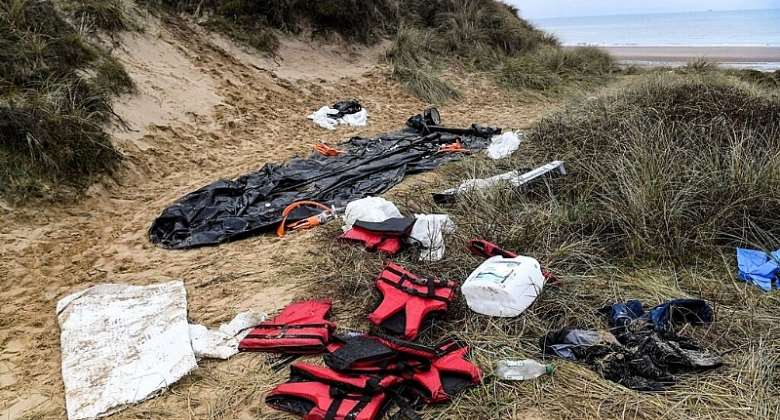 French police were on Thursday holding 10 people suspected of involvement in the November 2021 drowning of 27 migrants in the English Channel.

Among the victims, who were aged between seven and 47, were 16 Iraqi Kurds, four Afghans, three Ethiopians, one Somali, one Egyptian and one Vietnamese.

Only two people survived the disaster.
Judicial sources said on Thursday one person had been charged with manslaughter and people-trafficking. The other nine could face similar charges after interviews with judges.

The group was among 15 arrested during the early hours of Monday. Police later released five people.

In the aftermath of the tragedy, the French president, Emmanuel Macron, said France would not allow the Channel to become a cemetery and urged Britain to help more with cracking down on people-smuggling gangs

France's Interior Minister, Gerald Darmanin, added: "We need intelligence. Responses to requests from the French police are not always given."

His comments followed a proposal from the British Prime Minister, Boris Johnson, to send all migrants and asylum seekers landing in England back to France.

The spat added to an array of squabbles between the countries following Britain's departure from the European Union.

Despite a more conciliatory tone since and promises of more cooperation, the number of migrants seeking to cross the 30km stretch of water between France and England has surged in the first half of this year, according to the French interior ministry.

From 1 January to 13 June, there were 777 attempted crossings involving 20,132 people, up 68 percent on the same period last year, the ministry said.

Statistics suggest that number could be eclipsed if existing trends continue.

Britain has accused the French authorities of failing to prevent the crossings. And in an attempt to deter would-be migrants, Johnson's government cut a deal with Rwandan authorities to take illegal migrants.

However, the first flight earlier this month under the new scheme was cancelled after a last-minute intervention by the Strasbourg-based European Court of Human Rights.