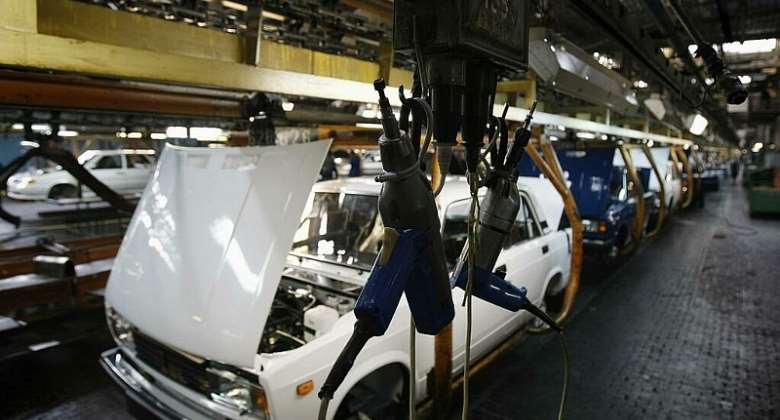 French car maker Renault has sold its Russian assets to the Moscow government, the two parties announced on Monday, as foreign companies leave Russia because of Vladimir Putin's ongoing military campaign in Ukraine.

Renault controlled 68 percent of AvtoVAZ, the largest carmaker in Russia, the Renault Group's second-largest market behind Europe last year, with half a million vehicles sold.

Under the agreement Renault will retain a six-year option to buy back its stake in AvtoVAZ.

No financial details were provided but Russian Industry and Trade Minister Denis Manturov said in April that Renault planned to sell its Russian assets for "one symbolic ruble".

"Today, we have taken a difficult but necessary decision; and we are making a responsible choice towards our 45,000 employees in Russia, while preserving the group's performance and our ability to return to the country in the future, in a different context," Renault chief executive Luca de Meo said in a statement.

The Moskvich roars back to life

Moscow mayor Sergei Sobyanin confirmed that Renault had decided to close its plant in the capital.

"We cannot allow thousands of workers to be left without work," Sobyanin said in a statement, adding that the Moscow plant would now begin production of passenger cars under the Soviet-era Moskvich brand.

Since President Vladimir Putin sent troops into Ukraine on 24 February, Renault has had difficulty keeping its operations going due to a lack of components following the imposition of Western sanctions.

Ukrainian authorities have also put pressure on Renault, calling for a boycott of the company's vehicles until it pulls out of Russia.

Latest Photo Reports
Catch up with all the political quotes from our politicians.
Advertise here
More from Russia
ModernGhana Links
French tyre group Michelin to halt business in Russia
'Russia cannot and must not win this war,' Macron tells G7 leaders
EU plans for life without Russian gas amid inflation spike
TOP STORIES