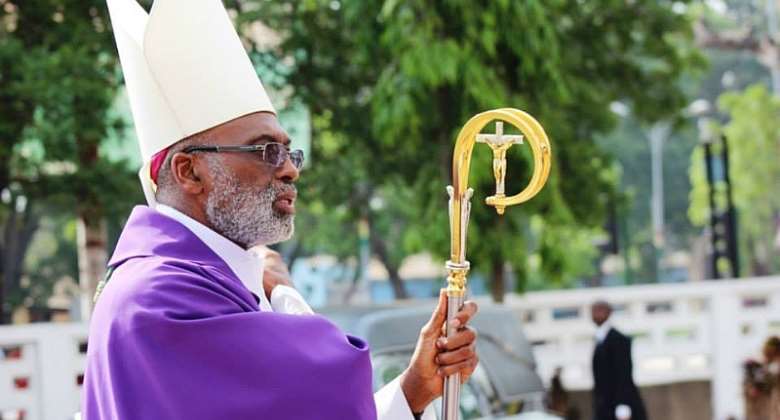 If the most ardent critics of the landmark Akufo-Addo-implemented Fee-Free Senior High School Policy Initiative, which went into effect in September 2017, the very year of his accession to the Presidency of the Sovereign Democratic Republic of Ghana, had studiously paid attention to what Nana Addo Dankwa Akufo-Addo had declared to be the rationale behind this most opportune and auspicious policy initiative, they would have heard the former Attorney-General and Minister of Justice mention that the implementation of the Fee-Free Senior High School System was primarily aimed at opening up a level playing field for the lumpen-poor and destitute of Ghanaian society to access many of the watershed career-building and shaping opportunities that the sons and daughters of the rich, famous and privileged in Ghanaian society took for granted.

In sum, for the former Member of Parliament for Akyem-Abuakwa-South Constituency, in the Eastern Region, this was the surest way of guaranteeing that the nation’s wealth and natural resources equally benefited each and every one and not just the children and relatives of influential and powerful politicians and the children and relatives of the close associates of these politicians. So, when the Roman Catholic Archbishop of Cape Coast, the Most Reverend Charles Palmer-Buckle, laments that “Some parents and guardians have forgotten that they should be paying for their children’s school fees,” the distinguished and well-respected Catholic Prelate may very well be on to something well worth the sedulous attention of all adult Ghanaian citizens, in particular civically diligent and responsible adults who fully appreciate the fact that rather than become an unbearable drain on the fiscal resources of the country, the Fee-Free Senior High School System was specially and specifically designed for the ready access and use by talented and able-bodied youths who were in dire need of such indispensable avenue for academic and professional development skills in order to succeed in both the “Brave New World” of the harsh realities of postcolonial Twenty-First Century Ghanaian society and the greater global community at large (See “It’s Time to Review Free SHS – Palmer-Buckle” Modernghana.com 5/13/22).

Archbishop Palmer-Buckle is reported to have issued his clarion call for the Fee-Free SHS System to be promptly reviewed while launching a book titled “Accra ACA, Bleoo: The History of the Accra Academy from James Town to Bubuashie,” at the Ghana National Association of Teachers’ (GNAT) Hall in Ghana’s capital of Accra, the hometown of the Prelate, where Archbishop Palmer-Buckle has also served as the Roman Catholic Prelate. The aforementioned book is about 726 pages long and is authored by Mr. Simon Ontoyin, described as an alumnus of the Accra Academy Senior High School and a graduate of the country’s flagship academy, the University of Ghana.

If, indeed, Archbishop Palmer-Buckle’s call for a thorough review of the Fee-Free Senior High School System is to ensure a necessary retrenchment in fiscal waste or to ensure that only the parents and guardians of children and wards who really needed such assistance, primarily based on the economic need or low incomes of these parents and guardians, then, of course, it goes without saying that such review is definitely and perfectly in keeping with the primary objective of the visionary architect of the implementation of the Fee-Free SHS Policy Initiative. As for the cynical argument that the Fee-Free Senior High School System is an unbearable drain or strain on Ghana’s fiscal resources, it is patently untenable and morally despicable because it is an open secret and a fact known to most Ghanaians living both at home and abroad that the most humongous drain on Ghana’s economy is official corruption and theft, as outrageously exemplified by the globally infamous Alfred Agbesi Woyome Mega-Heist of some GHȻ 51.2 million, dastardly orchestrated with the brazen and criminal complicity of the entire top leadership of the erstwhile National Democratic Congress-sponsored governments of President John Evans Atta-Mills, late, and John Dramani Mahama.

As well, the criminal bonanza bleeding of the country’s monetary wealth and other material resources via what became widely known as the Judgment-Debt Regime, largely orchestrated by the leadership of the National Democratic Congress, and to relatively much less extent by the latter’s New Patriotic Party (NPP) counterparts, resulted in the profuse hemorrhaging of the country’s financial and capital resources to an extent that cannot be legitimately or credibly said of the very profitable long-term impact and benefit of the Fee-Free Senior High School Policy Initiative to the general development and prosperity of the country.

In other words, based on the pathologically kleptocratic tendencies of our politicians and their executive associates and operatives at the state-run corporate establishments, even if the President decided to scrap the Fee-Free Senior High School System today, primarily on grounds of prohibitive expenditures, the critics of the Fee-Free Senior High School System would still latch onto something else as being to blame for the considerable economic difficulties that the country is currently experiencing. It could very well be the John Agyekum-Kufuor-implemented National Health Insurance Scheme (NHIS) or LEAP – economic assistance for the lumpen-poor and destitute – and even the School-Feeding Program that gets targeted for dismantlement by these cynical critics.

What we urgently need to do right now is to plug the myriads of legal and contractual loopholes that enable our politician and government administrators to rapaciously and criminally cream the Ghanaian taxpayer without batting an eye or conscientiously reckoning the deleterious impact and dire implications and consequences of the same.