RussiaUkraibeWar: why the Russians are no longer answering American phone calls! 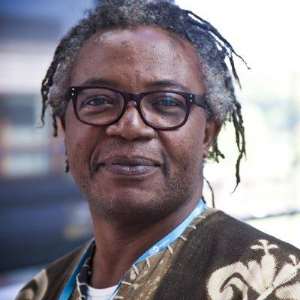 A few days ago, the American press reported that the Russian military have stopped picking up the telephone calls from their American counterparts.

According to the Washington Post, both Defense Secretary, Lloyd Austin and Chairman of the JCS, General Mark Milley, have spent weeks trying to get their Russian counterparts, Sergei Shoigu and Valery Gerasimov, on the phone with no luck.

Besotted with its own self-generated image, the West appears to live in a bubble, totally unaware of what goes on outside its self-created cocoon.

The Russians made it plain what they felt about the West’s insane push to its borders. From President V Putin to FM Lavrov to the inimitable Spokeswoman for the Russian FM, Maria Zakharova, the Russians told whoever will listen that there’s bound to be severe repercussions if their core security concerns were ignored. Ignored the West did. The Russians emphasizes the urgency of their concerns by dispatching drafts of Treaties to both Washington and Brussels. The West rather haughtily brushed them aside. The Russians openly warned about taking “technical and military” means if the West persist in its folly. The West arrogantly ignored it.

Today, we are where we are, and those who refused to listen to the hunter’s cautionary whistle are lamenting that the Russians are ignoring their telephone calls by not picking up their side of the line.

The surprise here is that the Pentagon top brass appears to be genuinely surprised!

One can only understand the surprise by the West that the Russians are no longer eager to listen to them only when one understands the narcissistic nature of a people who cannot think beyond the SELF.

Having sold themselves the bs that the Russians will not fight or that they will crumble under ‘sanctions from hell’, the West has been exposed as a thoughtless bully with absolutely no capacity whatsoever for deep thinking.

Like most bullies, the West snarl and bark with the hope that the opponent will be scared off and fold under.

Sorry, the Russians are not folding. If anything, they have considerably upped the ante in their confrontation with the hegemonic West.

“ 'This domination is built on gross violations of international law and under some rules, which they are now hyping so much and which they make up on a case-by-case basis,' he added."

Nothing could be plainer that this. The West has finally overreached itself. It has ruled the world with both cynicism and disdain. Its selfish nature makes it impossible to think that other people also have needs and interests.

Whichever way the war in Ukraine turns out - I don’t have any doubt that the Russians will dust off Ukraine even if NATO steps in, the end of domination by the West is over! With little resources of its own, and with the Russians having exposed the hollowness of its self-proclaimed military prowess, few people will take the West as serious as people.

What any intelligent people should begin to do is to engage in serious thoughts on how they will fit into the new geopolitical order that will soon be birthed.