Is Bagbin Raising an Army for the 2024 Civil War? 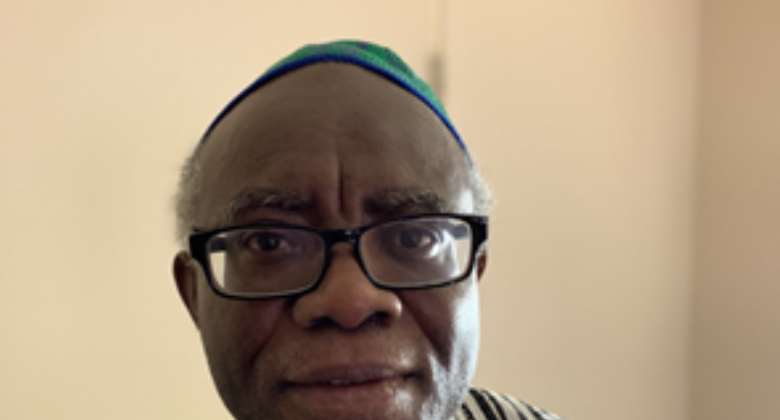 The National Chairman of the main opposition National Democratic Congress (NDC), Mr. Samuel Ofosu-Ampofo, stands charged with deliberately orchestrating violent activities and schemes to criminally destabilize the country. So, the kleptocratic and very poorly performing leaders of the NDC, including happenstance Speaker Alban Sumana Kingsford Bagbin, cannot pretend as if any perception of personal insecurity, real or imagined, has either the markings or the details of the operatives of the ruling New Patriotic Party (NPP) anywhere on it.

We also know, because they have since long ago served us an unmistakable notice, I am referring to the Bagbin-Mahama Posse, of course, that they intend to get back to power come Election 2024 by hook and/or crook. So, I am not the least bit surprised that the former National Democratic Congress’ Member of Parliament for the Nadowli-Kaleo Constituency, in the Upper-West Region, would be found or discovered to have commandeered some four, some media sources have five, noncommissioned or enlisted soldiers of the coup-plotting kind as the core operatives of his personal and official security detail, as well as a dozen police officers (See “Are You a Mafia Don? – Kwasi[sic] Pratt Questions Bagbin Over 12 Police Security” Ghanaweb.com 1/19/22).

Nobody should pay any attention to Mr. Abdul-Malik Kweku Baako, the Editor-Publisher of the New Crusading Guide who, as usual, has been making lame and self-righteous excuses for the national security risk of a Parliamentary Speaker who has, literally, been caught with his pants down. You see, I began to have my own doubts and suspicions when, not very long ago, Speaker Bagbin appointed Mr. Johnson Asiedu-Nketia, the dynastic General-Secretary of the National Democratic Congress who, by the way, also recently graduated from the Senior-Staff College of the Ghana Armed Forces, as a Member of the Parliamentary Services Committee, a move that was met with vehement but characteristically ineffectual protestation from Mr. Osei Kyei Mensah-Bonsu, the New Patriotic Party’s Parliamentary Majority Leader.

Yes, Mr. Mensah-Bonsu is more of the ruling party’s Parliamentary Leader than he is effectively the unimpeachable Parliamentary Majority Leader because whether the operatives of the New Patriotic Party like it or not, the stark and incontrovertible fact of the matter is that we have a Hung Parliament. And we have a Hung Parliament precisely because of the morbid complacency of the NPP’s leadership. They unwisely but characteristically looked on passively while a badly losing Candidate John “European Airbus Payola” Dramani Mahama strategically put his 2020 Presidential Election Campaign on ice and successfully schemed to literally take over the second most powerful branch of our democratic governance institution of the land. Trust me, it could very well happen again and worse this time around, although at the Presidential Level, there is absolutely no way that Kwame Gonja, as the former President is also popularly known, can defeat Vice-President Mahamudu Bawumia.

The strategy that Kwame Gonja used in 2020 to effectively stalemate Ghana’s Parliament was the very same strategy that I had counseled that the late Prof. Albert Adu-Boahen ought to have used, if he and the key operatives of the then-opposition New Patriotic Party desired to make themselves relevant or a force to reckon with within the critical context of the then-fledgling but salutary and promisingly robust democratic culture of Fourth-Republican Ghana. To be certain, it was the strategic myopia of the leadership of the New Patriotic Party that precipitated the establishment of the de facto and de jure one-party dictatorship that was the first term of the democratically elected government of the late President Jeremiah “Jerry” John Rawlings. Now that he has fairly succeeded in sandbagging the otherwise progressive and visionary national development agenda of the Akufo-Addo Administration, Kwame Gonja has smugly began talking about increasing the number of the Parliamentary Seats of the National Democratic Congress by approximately 30 seats.

He could very well succeed, unless the leadership of the New Patriotic Party wakes up and sits up and then design and implement a campaign strategy that foregrounds the comparative national development track records of the country’s two major political parties. There is much greater detail to the story behind the unprecedented militarization of the office of Speaker Bagbin which the National Security Agency (NSA) operatives need to thoroughly investigate, especially as Speaker Bagbin appears to have made frequent foreign travels the linchpin of his daily work schedule. His official pretext of seeking medical treatment from Dubai, that is, the United Arab Emirates (UAE), may be just that, a pretext. The real agenda may very well be something else altogether. I have been warning the leadership and the entire political establishment of the New Patriotic Party to be studiously prepared for war, if the future destiny of Ghana is not, once again, to go down to the dogs or let down the drain. Such preparation, even if a real war does not materialize, would necessitate making radical changes to the administrative composition of the National Security Ministry immediately.

We make the foregoing observations with keen eyes toward current political developments right here in the United States of America, where the Neo-Nazified Trumpian forces have been literally working around the clock to effectively sabotage the integrity of American democracy, especially with regard to the liberty and human rights of the proverbial African Personality. In Ghana, the obvious allies of the Trumpian forces are unmistakably the autocratic and politically regressive operatives of the National Democratic Congress, whose main and sole objective is the wanton exploitation of our collective wealth and resources at the expense of the hardworking and taxpaying poor.