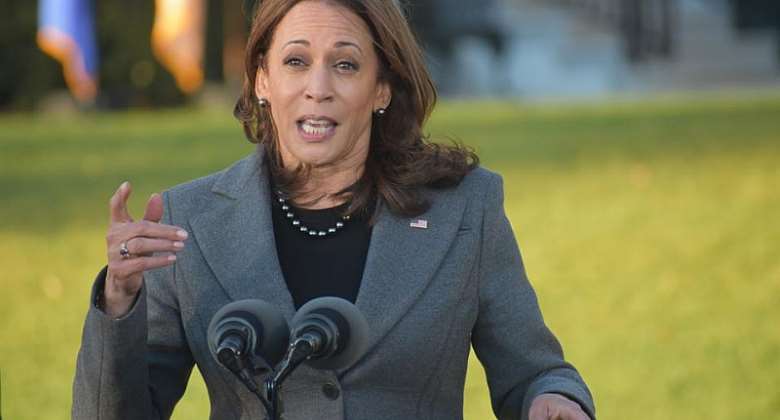 One the First Anniversary of the bloody storming of Capitol Hill, the globally renowned and celebrated edifice of the United States of America’s House of Representatives and the Senate, popularly known as the Unites States’ Congress, Vice-President Kamala Harris, herself a former Senator from the large State of California, poignantly compared the massive and well-coordinated attempt by former President Donald John Trump to totally destroy American Democracy to the apocalyptic attacks on the United States on December 7, 1941 by Japan’s Imperialist Government and the September 11, 2001 terrorist assaults on the Twin-Towers of New York City’s World Trade Center, that culminated in the deaths of some 3,000 people from every country in the world.

Well, as was all to be expected, many staunch supporters of the New York City-born alleged coup plotter, calling themselves by the dubious name of political conservatives, took to such social media sites as Facebook, Twitter and Instagram to roundly condemn the half-Jamaican- and half-Indian-parented Vice-President Harris (See “White House Defends Kamala Harris’ Remark Comparing Capitol Riot to 9/11, Pearl Harbor” Newsweek 1/8/22). In condemning the Howard University (HBCU)-educated Veep Harris, these “conservative” critics actually exposed themselves as being far more dangerous to the survival of American Democracy than both the veritable architect of the January 6, 2021 Capitol Hill Assault and the “builders” and “bricklayers” or “masons” who fanatically lapped up the Trump demolition blueprint, if also because these self-infatuated and self-righteous critics envisaged the Trump-fabricated mayhem and carnage within the very superficial context of geographical scale and casualty count.

Which meant that in the moral or, rather, the amoral imagination of these critics, the January 6, 2021, attempt by Mr. Trump to effectively upend and destroy the United States of America, as most of the world has come to know it for more than 230 years, was relatively of little or absolutely no consequence when juxtaposed with the Pearl Harbor and September 11 multiple airplane assaults on the Twin-Towers of the World Trade Center (WTC), the Pentagon, that is, the United States’ Defense Department’s Headquarters and a Pennsylvania farmland, onto which a passenger plane fully loaded with travelers was violently brought down in what has been described by aviation experts and scholars as the tense moment of a scuffle between unsuspecting passengers and a couple of Al-Qaeda-sponsored terrorist hijackers.

Now, what makes the critics of Vice-President Harris far more dangerous than the Capitol Hill Attackers, approximately 700 of whom have since been arrested by the FBI and other allied security agencies, is the fact that the enormity and dire political implications of Mr. Trump’s rather thuggish attempt to literally snatch victory from the jowls of defeat seems to be totally lost on these self-envisaged “high-minded” conservative critics of Ms. Harris. What this means is that in adamantly refusing to recognize and accept the January 6, 2021 assault on Capitol Hill for what it glaringly and inescapably was, which was the total obliteration of American Democracy and, consequently the integrity and long-term survival of the Sovereign Democratic Republic of the United States of America, the critics of Vice-President Harris are as bloodily guilty and complicit in this heinous and barbaric act of treason and sedition as the Capitol Hill Attackers themselves.

On the latter count ought to be emphasized the forensically proven fact that these bloody assailants, who literally came from all parts of the Union, as it were, had the main and sole objective of preventing the newly elected President Joseph R. Biden, Jr., from legitimately assuming the democratic reins of governance of the United States of America. You see, Dear Reader, so taken-for-granted has American political culture become that most American citizens often or almost invariably never seriously think of their country as a Sovereign Democratic Republic. It is this apparent laxity in our level of civic consciousness that likely motivated Mr. Trump, while still occupying the White House, that is, the august Office of the Presidency of the United States, to begin to dangerously and seriously toy with the possibility of converting the political culture of the United States into such autocratic and authoritarian governments as those of the Communist Republic of China and the Socialist Republic of Russia or the Russian Federation. And, lest we forget, the Democratic People's Republic of Korea, or North Korea, as well.

Which was also why as President, Mr. Trump spent quite a considerable amount of his rhetorical public space and time effusively, if also unwisely, telling an apparently amused and tone-deaf American electorate and citizenry that he looked forward to a time, in the not-too-distant future, when he could also be conferred with the sort of peremptory and dictatorial powers as his political and, in retrospect, ideological role models, such as Messrs. Vladimir Putin, Xi Jinping and Kim Jong-un, perhaps not necessarily respectively but strikingly like these fearsome leaders, nonetheless. Perhaps January 6, 2021, was intended to serve as a wakeup call and a signal reminder that America may very well be fast sliding down a very slippery slope of civic and political decadence, in ways that none among our most thoughtful and visionary statesmen and women might have anticipated immediately prior to the almost totally accidental emergence of an impenitently Neo-Nazi Bavarian-descended Mr. Donald John Trump.