Africans Ready To Die To Create Wealth For Rich Countries 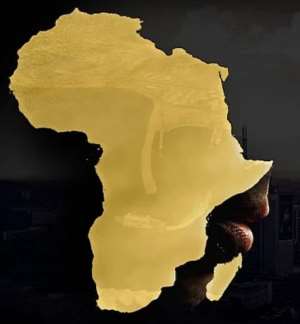 This is about reality today not about Slave Trade in the past centuries. Africa is still bleeding, losing lives, wasting real earned incomes, exporting talents; and as usual natural resources by sacrificing this precious life. Most Africans are well aware of money laundering today and loss of natural resources yesterday. Any of these would attract jail or death sentences for drugs outside. Yet, huge foreign profits break the backs of our local miners just to survive.

Africa's most valuable talents in Sciences and Arts are being drained today to fight Covid-19 and the most dangerous jobs as frontline workers abroad. Britain, United States and Canada have temporary Visas for Healthcare workers that have no choice but specifically to be deployed to the most dangerous settings where Covid-19 has become life takers.

Doctors, nurses and health aides in hospitals, nursing homes, homecare; classroom teachers in and service workers are quitting their jobs in large numbers to preserve their precious lives. They are willing to stay home or work from home while Africans are recruited from their countries to replace them temporarily, until situations return to normalcy.

When the statistics of higher casualties in these settings started coming out of Britain, Asian Healthcare workers protested asking for more protection as if they had a choice. The same statistics are now coming out of North America. You do not expect senior workers to go to the Frontline when there are willing migrants from Africa and Asia willing to risk their lives for less money and worse working conditions these elites reject in their countries.

It is not that these talented Africans have no choice or are unemployed in their countries. Indeed, the same poor working conditions they rejected in their countries are embraced with low pay abroad. But when the low pay that cannot provide the type of comfort they dream of abroad, are converted to African devalued currencies, they see themselves as African virtual millionaires in local currencies.

This is apart from Investor Visas that encourage looted funds from poor countries to gain residence permit in rich countries. Each of these incentives to impoverish Africa is enough to kill most poor countries, a combination of all is nothing short of a death sentence to the Continent. Yet, Africans prefer temporary wages where they are debased abroad than stay on average income at home where they can make a difference.

This is why most African leaders should be incarcerated in the same Prison to cure their kleptomaniac tendencies at Robbens Island near Cape Town, South Africa. They need to be purged of their mentality to enrich foreigners, not their own people. Locking these leaders up in the same Prison will send the message as a deterrent to future leaders. They shop for the best personal goods, services and medical treatments while Africans wallow in abject poverty.

Who can believe that some African Youths do not know their Continent is the greatest creator of wealth for the richest countries? Foreigners including a former President of the United States have been told the best place to go and make money is Africa, more so in Nigeria. Africans have been told the same by those wondering why they are running away from home. It’s dirty but as long as you can hold your nose, you will make money in Africa, foreigners say.

Accomplices for any other grievous crimes in those richest countries, could have been arrested and charged for treason. This is the reason Africans are slammed for money laundering and their money forfeited if the right foreign partners and lawyers could not navigate the loot, fail or do not get their lion share. They have never benefited the future of African countries in the wealthiest countries.

Indeed, economic slavery is not different from physical slavery. If anything, loans like credit cards in the hands of prodigals are tailored to keep you paying back forever. The difference here is that the negotiators of African loans mortgage their people for life while they spend the money lavishly on themselves, families and cronies. Chinese loans for sovereignty is the latest just as Russian Ajaokuta Steel in Nigeria was one of the biggest scams of all time.

The mentality of normalizing the looting of Africa for Europeans, Americans and Asians with impunity cannot stop unless Africans get the cooperation of the people of goodwill worldwide. As the Europeans exchange gold for mirrors, the Americans took slaves for vanities and the Asians seized our infrastructure or running law enforcement in exchange for odious loans; Africans are backing into the Dark Ages.

Technology transfer has been oversold as intellectual property by those that stole the same from Egypt and Sudan when the Romans that came to learn in Africa called the Northern Europeans Barbarians. The same intellectual properties are guided and monopolized today for maximum profits. François Mitterrand said of France: “Without Africa, France will have no history in the 21st century.” Former French President, Jacques Chirac, in March 2008, put it best: “Without Africa, France will slide down into the rank of twenty-third power.”

"We drained Africa for 4 and a half centuries. Next, we plundered its raw materials. After that, we said: they (Africans) are good for nothing. In the name of religion, we destroyed their culture and now, as we have to act with elegance, we are picking their brains with scholarships. Thereupon, we are claiming that the unfortunate Africa is not in a brilliant condition, and is not making elites. Having enriched on its back, we are now lecturing".

Some African Youths still think these are fairy tales by the moonlight. They had to hear or read directly from two Presidents of France and the Prime Minister of Italy. Some of them still turned deaf ears and thumbed their noses at Africans teaching them how Europe impoverished Africa. They emulate their leaders and members of their families that behave like children in a candy store when overseas.

Prepare for hunger in Ghana — GAWU warn Ghanaians
55 minutes ago