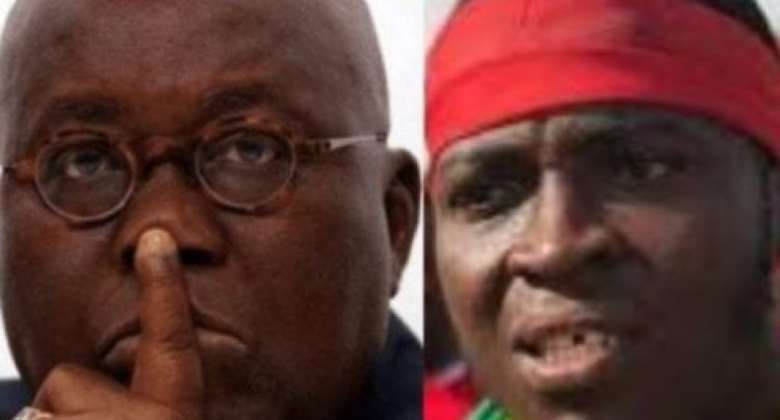 Ghanaians would recall how late last year Gabby Otchere Darko, a nephew of President Nana Addo Dankwa Akufo-Addo, nicodemously went to former President John Dramani Mahama to plead so the former President could grant audience to his uncle, the President, to find solutions to pressing issues that overwhelmed the government of the day.

But, the NDC Edem Agbana is shocked upon hearing the moves by Gabby. He asserted the NPP government led by Nana Akufo-Addo is not fit enough to sit with former President John Dramani Mahama and the leadership of the NDC in that the President and his appointees stink of dishonesty, corruption and insensitivity.

“If you are coming to negotiating table with a high level of dishonesty, we will not partner with you. I will give an example, prior to the 2020 elections, the NPP told us and the National Peace Council, Christian Council and the rest came together and said we should sign a pact to do away with the vigilante groups. Have the NPP done away with vigilante groups? No.”

The Deputy Youth leader of the NDC fires these salvos in an interview with thecrystallens.org recently, after his appearance on a newspaper review segment of TV3 on Newday.

Mr Agbana explains his argument that “I’m saying that our position is clear on collaboration. We are ready to support the government to succeed, if only whatever policy or decision they are taking is in the interest of the people of Ghana.”

The eloquent and vociferous youth leader, who appears to be suspicious of the governing style of President Akufo-Addo, says, so far, 5 years in government, the President is yet to show transparency, honesty, and condour in dealing with Ghanaians, hence the NDC unwillingness to sit with the NPP for any discourse.

He, however, gives a caveat that “But, when they continue to do things to destroy this country, they should not expect us to collaborate with them. For example, the E-levy clearly is an attempt to impose hardship on the people, who are already suffering. They are nation wreckers.”