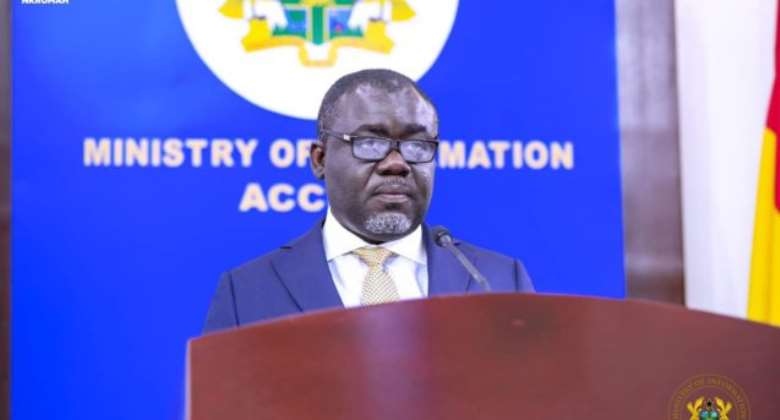 Parliament has approved the budgetary allocation of over GH¢921.8 million for Transport Ministry to execute its programmes and projects for the 2022 fiscal year.

The Deputy Minister of Transport, Mr Fredrick Obeng Adom, who on the behalf of the Minister moved the motion for the approval of the budgetary allocation of the Ministry, said the focus of the Ministry's 2022 budget was to implement key interventions in areas such as the Development of the Keta Sea Port Project and to also continue with the construction of the coastal fishing landing sites and community level infrastructure at Axim, Dixcove, Mfantseman, Akumfi, Moree, Winneba, Senya Breku, Gomoa Fete, Teshie, Osu and Keta.

“Mr Speaker to also continue the construction of the Jamestown Fishing Port and then the Elmina Fishing Port rehabilitation and expansion projects,” he said.

“Additionally, we will be constructing the Bonkra Integrated Logistics Terminal Project and also the Takoradi Container and Multipurpose Terminal.”

Mr Adom noted that the Ministry would also complete works on rehabilitation and expansion of the Kumasi and Tamale Airports and the construction of a new airport in the Western and Central Regions, or in between the two the Regions.

“To address implementation challenges, we will take on board new and emerging practices in the road transport industry,” Mr Adom said.

He indicated that the Ministry would procure new buses for the Metro Mass Transit Limited and other private sector operators to improve transportation services.

Mr Kennedy Nyarko Osei, Chairman, Committee on Roads and Transport, said the Committee observed with concern the arbitrary fees charged by shipping lines, which significantly increase the import cost of importers and ultimately soars up the cost of imported commodities.

He noted that the Committee was informed that there were inadequate laws to deal with the current situation, thus, giving shipping lines the freedom to charge arbitrary fees.

He recommended to the Minister of Transport top constitute a committee comprising the Ministry of Transport, the Ghana Shippers Authority, and all other stakeholders to review the shipping laws of the country and come up with recommendations that would address the problem.

Mr Kwame Governs Agbodza, Ranking Member, Roads, and Transport Committee, urged the Minister of Transport to cancel the position of Director of Keta Sea Port, which was yet to be built; adding that, it was a drain on the country's resources and that something better could be done with that money.

With regards to aviation, Mr Agbodza said he was happy that the Ho and Wa Airports had become operational.