2022 budget: MPs must know what is allocated to their constituencies – Chiana-Paga MP 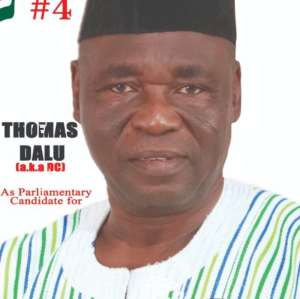 The Member of Parliament for Chiana-Paga constituency Thomas Dalu has suggested that future budgets should be made open for Members of Parliament (MPs) to know what projects they are getting in their various constituencies.

Mr. Dalu made the suggestion during an exclusive interview with this reporter on Tuesday, December 14, 2021.

“There should be a way at a particular time when a budget is read, MPs should be able to know what is going to their constituencies”.

According to the Chiana- Paga legislator, “The whole thing is bust-up and invariably the area that I mentioned, we don’t hear anything about ours. Somewhere along the line, if you look at roads and I even wonder whether the Bolga- Bawku one has been captured, but my road which has been there for over 7 years Chana- Chuchuluga road wasn’t mentioned in the budget after 6 to 7 years down the line, nobody is even talking of it. Chuchuluga –Fumbisi road, Chuchuluga- Nakon road nobody can say whether they think of them or not."

“So, generally as a region, we have a problem. So, as an MP you can only extract a few things you think can benefit your people.”