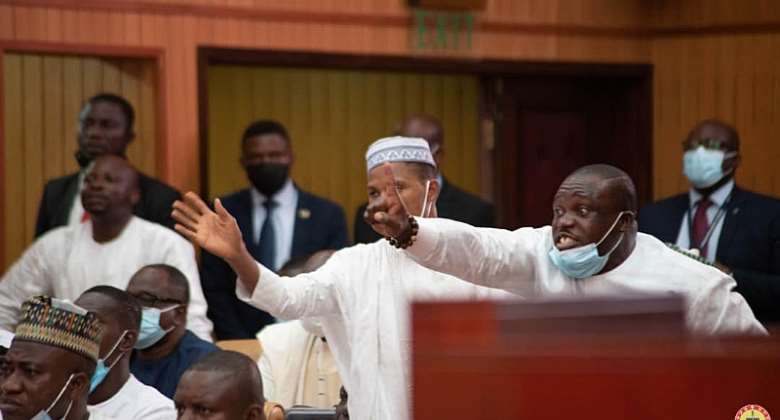 Member of Parliament for the Ningo Prampram constituency, Sam George is cautioning the Majority Leader from making divisive comments about Speaker Alban Bagbin.

Speaking on Eyewitness News, Mr. George chided the Majority Leader, Osei Kyei-Mensah-Bonsu, for not engaging with the leadership of Parliament as far as the impasse over the 2020 budget is concerned.

“This cavalier behaviour and attempt to undermine the authority of the Speaker is inimical to the image of Parliament.”

“I would urge the Majority Leader to engage more with the Speaker and the leadership caucus, than to be making comments that will rather incite and raise the temperature of the House.”

Mr. George also said he expected Mr. Kyei-Mensah-Bonsu to be working “to drop the temperature in the house and not to be the one stoking the fire, so he must be minded by his commentary.”

The Ningo Prampram MP’s concerns come after the Majority Leader, on Tuesday, intimated that the Speaker of Parliament, Alban Bagbin, may have approved a motion filed by the Minority in Parliament to essentially reverse the approval of the 2022 budget, while he [Bagbin] was away on a medical trip.

At a press conference on Wednesday, Mr. Kyei-Mensah-Bonsu further urged the Minority to give up on its opposition to the budget.”

After a protracted back and forth over the budget, the Minority Leader, Haruna Iddrisu, filed a motion to challenge the First Deputy Speaker's ruling rejecting his earlier motion seeking to reverse the approval of the 2022 budget, which was done after a boycott of Minority MPs.

The Minority is of the view that the reversal of the rejection of the budget by the First Deputy Speaker was a biased ruling.