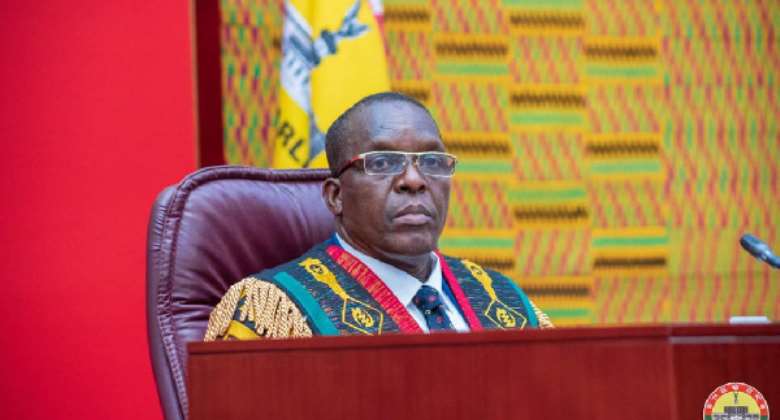 The First Deputy Speaker, Joe Osei-Owusu erred by counting himself as a Member of the House while presiding over parliamentary proceedings on Tuesday, November 30, 2021, this is according to the Speaker of Parliament, Alban Bagbin.

Speaking during parliamentary proceedings on Thursday, December 16, 2021, Mr. Bagbin said although Joe Osei-Owusu was not wrong in upholding his membership while acting as Speaker of the House, his decision to be counted during the formation of a quorum was problematic.

“By and large, the reasoning of the 1st Deputy Speaker outlining the facts that he is not the Speaker [and that] he holds his membership and thus does not lose his privileges as a member when he takes the chair can be said to be correct. However, in so far as he takes on the role of the acting Speaker of Parliament, his decision to be counted as part of the numbers forming a quorum raises procedural challenges,” he explained.

A headcount by the Clerk of Parliament showed that there were 137 Members of Parliament [only the Majority members] who were present in the House on the day in question, but the acting Speaker, Joseph Osei-Owusu, said he was also present, making the total members in the House 138.

Subsequently, he agreed for a motion to be moved to overturn the rejection of the 2022 budget done by the Minority.

Quoting, standing order 13(1) of Parliament, Mr. Babgin explained that “any of the Deputy Speakers may be asked to take the Chair whenever the Speaker so requests due to his temporary absence from the Chamber.”

In such a situation, the Deputy Speaker may be counted as forming part of the Quorate number required for either business or voting because, at the beginning of the sitting, he was not exercising the powers of the Speaker.

He was however quick to add that order 13(2) presents a different situation where “the Speaker's unavoidable absence from the precincts of Parliament means the First Deputy Speaker assumes the authority of the Speaker and performs all the duties of the Speaker in relation to the Chamber.”

Order 108 of the standing orders talks about voting in Parliament.

It stipulates that, no question for decision in the House shall be proposed for determination unless there are present in the House not less than one-half of all the Members of the House, and, except otherwise provided in the Constitution, the Question proposed shall be determined by the majority of votes of the Members present and voting.

Also, the Speaker shall have neither an original nor a casting vote and if upon any question before the House the votes are equally divided the motion shall be taken to be lost.