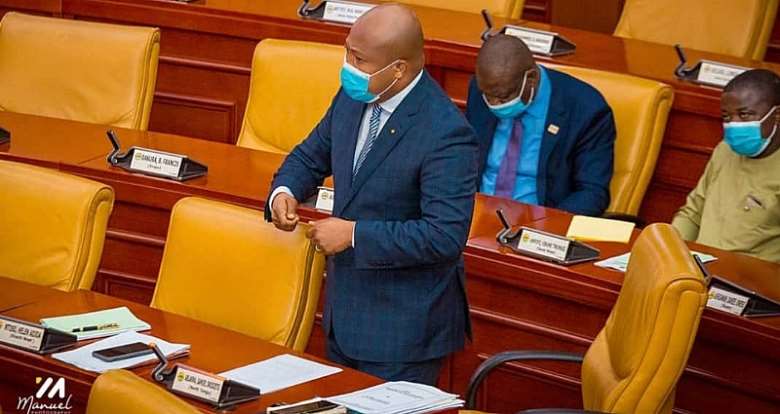 The Minority in Parliament has raised red flags over the allocation of over GH¢240 million in the 2022 budget for the collection of the 1.75 percent levy on electronic financial transactions.

According to MP for North Tongu, Samuel Okudzeto Ablakwa, the allocation is needless and does not pass any test of accountability.

The matter of the imposition of the e-levy in the 2022 budget remains the most contentious in the house.

Speaking to Citi News, Ablakwa indicated that the Minority will not support the imposition of the e-levy nor the allocation of GH¢240 million for revenue assurance and collection of the levy.

“We take the view that over the last four years, the Ghanaian taxpayer has been burdened with billions of cedis in the name of revenue assurance contracts and arrangements and so you can speak to the KelniGVG and the rest, and they are very costly…. We should by now be having very adequate and reliable systems if we are getting value for money for all of these arrangements. We do not need another entity to be granted such a colossal amount in the name of revenue assurance,” he said.

But Ablakwa in an earlier statement, said “we shall be demanding full disclosure in Parliament on this apparent sweetheart deal. Taxing the poor to make the rich richer. This is most unconscionable.”

The government is yet to give clarity on the allocation, but it is believed that the amount is to support the Ghana Revenue Authority (GRA) to effectively ensure that the e-levy is collected.