E-levy fight: Sitting was delayed; I had to go and rest after 6pm – Bagbin 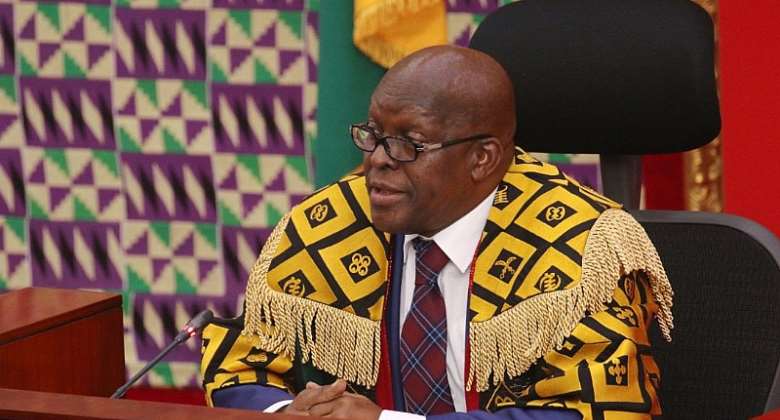 The Speaker of Parliament, Rt. Hon. Alban Bagbin has rubbished all allegations of unfairness levelled against him by the Majority in Parliament.

After last Monday’s fight between the Majority and Minority over the Electronic Transaction Levy (E-Levy), NPP MPs have criticised the conduct of the Speaker.

Clarifying matters, Alban Bagbin said he had gone home to rest after sitting was delayed.

He noted that attempts to get MPs to discuss E-Levy on time failed to yield results.

“I can give you a copy of my closing remarks which when I was leaving I passed through my usher to give to them that it was after 10 in the night, and I had to go and take a rest because you delayed in sitting. I had to compel the house to sit after 2 and I presided, I said let us discuss E-levy, you said no.

“Rather the other business. I kept on varying we did about 6 important items, approving other; loans until I had to handover getting to 6:30 to the first deputy speaker,” Alban Bagbin said at a forum of former Parliamentarians held on Thursday, December 23, 2021.

According to the speaker, he has always fairly applied the rules of the house since he was voted Speaker.

“I am to preside and apply the rules and I have applied them fairly according to my understanding through literature and experience and I am not even sure that the members listened to what I read that day about the rules,” he said.

Meanwhile, Alban Bagbin has predicted that the NPP government is bound to lose in the 2024 general elections should the E-Levy be approved and implemented despite the rejection.