E-levy blows: What happened in Parliament was unacceptable — Christian Council 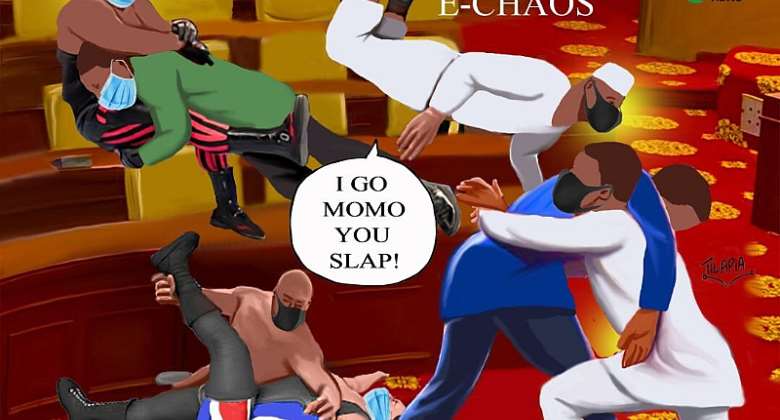 The Christian Council of Ghana (CCG) has described as unacceptable the conduct of Members of Parliament (MPs) in recent times, particularly Monday night.

In a statement issued on Tuesday, December 21 by Rt. Rev. Prof. JOY Mante, the Chairman of the Council, the brawl in the House on Monday “is a negation of Ghana’s democratic gains over the past thirty years”.

“What happened [Monday] on the floor of Parliament is unacceptable, to say the least, and we condemn such behaviour.”

It was a chaotic scene as members of the two caucuses – Majority and Minority – exchanged fisticuffs on the floor of the House in full glare of the cameras.

The Minority members were not happy the presiding member, First Deputy Speaker Joseph Osei-Owusu, had stated his intention to cast a vote in a division to consider the Electronic Transfer Levy Bill on a certificate of urgency.

The leadership of the ecumenical bodies in Ghana expressed concerns about the incident.

“Parliamentarians are respected and honourable people in society and should not continue to act in ways that will rescind the honour bestowed on them by the nation.

“We respectfully remind Parliamentarians that debates in Parliament must remain a platform for the exchange of ideas and not an opportunity for confusion and hostility.”

It stressed that Ghanaians voted for the 275 persons to represent them in Parliament to “engage in ‘debate not boxing'”.

“Our country’s lawmakers must show the way to protect and deepen democratic processes in our governance system.”

They assured the MPs of their prayers “for God’s grace and wisdom at all times”.

This can't be galamsey fight — Sulemana Braimah disappointed...
27 minutes ago

We affirm, maintain our galamsey exposé of Charles Bissue, t...
34 minutes ago