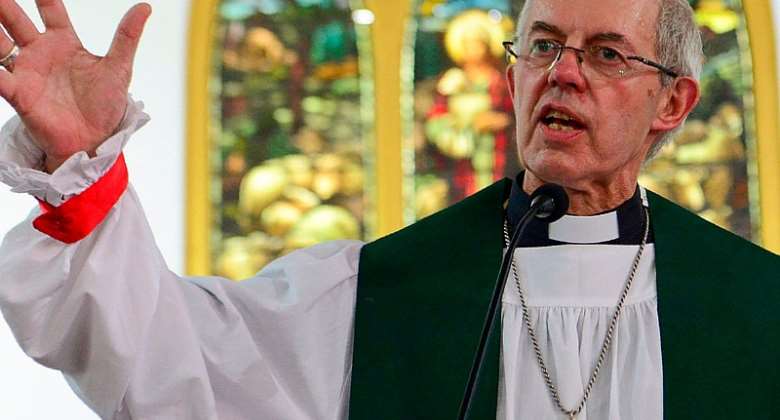 If the Global Anglican Church has an established protocol in the 1998 Lambeth Conference Resolution 1:10 vis-à-vis the protection of all of its members in its various parishes and dioceses across the world, then the Archbishop of Canterbury, Rev. Justin Welby, did not really err or break the norms of protocol by caustically criticizing the Anglican Church of Ghana for dogmatically and unconscionably flouting the Lambeth Conference Resolution in the at once specious and dubious name of “African Culture” (See “LGBTQ+ Bill: I Apologize for Condemning Anglican Church of Ghana – Archbishop of Canterbury” Ghanaweb.com 11/15/21).

The issue at stake here regards the decision by the leadership of the Anglican Church of Ghana, led by the Most Rev. Cyril Kobina Ben-Smith, to throw its full support behind the Anti-LGBTQ+ Draft Bill which was recently temporarily suspended during a heated parliamentary debate. As I vividly recall, the Chairman of the Parliamentary Committee dealing with the question of whether LGBTQ+ culture and lifestyle needed to punitively legislated, cited the need for committee members to be availed the details of the contents of submissions received from both major sides of the controversy and the provision of ample time to thoroughly digest the same before a well-informed debate and discussion of the Anti-LGBTQ+ Bill could fairly and/or justifiably proceed.

Archbishop Welby’s mea culpa clearly appears to have been wholly and squarely predicated on sensitivities between Britain and its former colonies, in the main questions pertaining to the racist mistreatment of nationals of these largely Third-World countries in the colonial past. At any rate, there are quite a few problems with this apologetic approach to dealing with an issue that has almost exclusively to do with the inviolable tenets of the United Nations-endorsed and sponsored Universal Declaration of Human Rights. As I have maintained in dozens of newspaper columns and articles over the course of at least a dozen years now, there is absolutely no evidence of the criminalization of LGBTQ+ people and their lifestyle in any globally recognized major Ghanaian culture, most significantly and for present purposes, Akan Culture, whereby, for example, people or citizens found to be engaged in same-sex coital relations were either publicly humiliated, exposed to ridicule or summarily banished from society the way that premarital pregnancy and the couples or culprits involved in the same were ostracized or temporarily removed from the general society, until they could be considered or deemed by the relevant authorities to have been redeemed after serving out the requisite disciplinary measures or regime.

Perhaps LGBTQ+ lifestyle and culture had not attracted the attention of the majority heterosexual society because the practitioners of such “cultural abnormality” or “deviance” carefully kept the same close to the vest, as it were. The obvious difference between “Then” and “Now” may pretty much have to do with the fact that as society has increasingly become tolerant and liberal, as well as healthily progressive, as opposed to conservative and culturally and morally intolerant, relatively speaking, the open practice of LGBTQ+ culture and lifestyle has come to be envisaged as “offensive” and counter-cultural to those raised with the dogmatic teachings and tenets of one of the major established religions. In Ghana, the two major established religions are Christianity and Islam, both of which have Judaic roots.

However, when the leadership of the Anglican Church of Ghana proceed to wedge or edge the factor of “Culture,” that is, “Indigenous African Culture” into the discursive equation, such tack or approach almost immediately begins to invalidate the very Western-inflected Christocentric orientation from which these Anglican Church of Ghana leaders are coming from or have been trained to think or reason and perceive all phenomena through the lens of Eurocentric Anglicanism. You see, the argument cannot be wholly and genuinely and validly predicated on Traditional African/Ghanaian Cultural Values because there are major aspects of the latter, such as polygamy/polygyny, with which the Global Anglican Church or Anglicanism is in sharp contrast or disagreement, irrespective of local autonomy.

Indeed, even as the Archbishop of Canterbury, Rev. Welby, rightly adumbrates, the very nature of the “Interdependency” of the Global Anglican Church, even in the face of membership autonomy, inescapably presupposes that there is more that is commonly shared among the various national branches of the Church and, thus, far more that unites the various national congregations of the Global Anglican Church than divides the same.