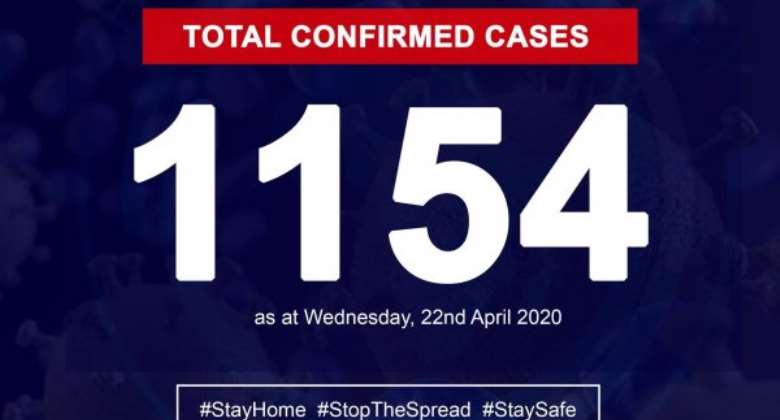 The latest reports show that 112 new cases were recorded within three days, with 21 new recoveries, since the last update on Sunday, April 19 by President Nana Addo Dankwa Akufo-Addo in his 7th televised address to the nation on the pandemic.

Minister of Information Kojo Oppong-Nkrumah addressing journalists on the Covid-19 update on Wednesday, said Ghana had done more than 80,000 tests on the virus.

He encouraged the public to wear mask as was an assured way of preventing the virus spread, but added, “All other guidelines given earlier are still in force.”

Touching on the removal of the three-week partial lockdown in Greater Accra and Greater Kumasi, Mr Opong-Nkrumah said “the objective of doing that has been achieved.”

About easing the restrictions, the Minister said, “Government did not lower preventive measures against COVID-19 but enhanced them with the wearing of face masks.”

On the Covid-19 Trust Fund, he said monies accrued would not go to the central government as the Fund is managed by a board of trustees in accordance with guidelines approved by parliament.