Health Minister Did Not Act Wisely 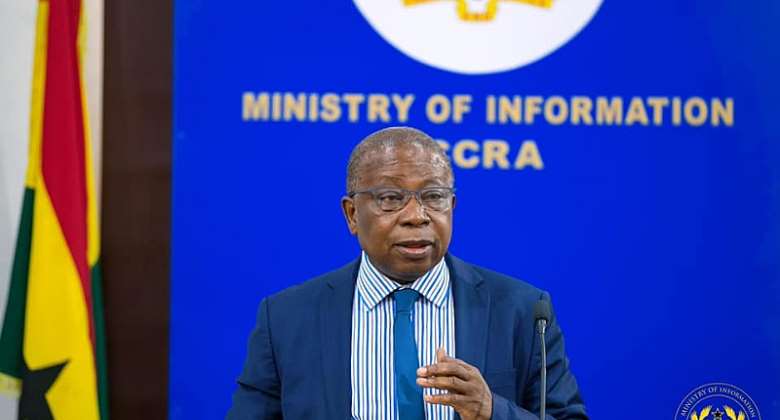 You see, the report of the extremely poor judgment of Health Minister Kwaku Agyeman-Manu appeared on a Norwegian news portal, most probably, because our leaders, by and large, are notorious for doing things on behalf of the Ghanaian taxpayer behind backdoors or closed doors and not by forthrightly leveling up with the people, as it were (See “Sputnik V Saga: ‘Why Should I Be a Subject of Ridicule for Basic Economics?’ – Health Minister” Modernghana.com 6/15/21). I am also quite certain that the Norwegian news portal, as yet unnamed, published the evidence of the poor judgment of Mr. Agyeman-Manu on the COVID Vaccine Purchase because Norway is among our major European donor nations, so-called. Which means that the main objective of the aforesaid publication was to demonstrate the abject and scandalous lack of critical thinking and common sense on the part of most of the key players and/or operatives of our governments.

It was absolutely not about the economics equation of supply and demand or demand and supply, as we termed it when I was in secondary school in the mid-1970s and early 1980s. If the Sputnik V Vaccine was being manufactured in Russia, as the name of the vaccine clearly indicates, then the best middleman that Mr. Agyeman-Manu should have logically located ought to have been from the manufacturer’s country of origin, namely, Russia itself, and not from Dubai. Which explains precisely why it is nothing short of pointedly appropriate for the Health Minister to be caustically ridiculed by the Ghanaian people. He may very well be suffering from some form of mental fatigue or downright senility, if not plain stupidity. We need to call a spade a spade. Being tolerant and polite with plain and abject stupidity will encourage and produce more of the same ad infinitum. This is where the controversial likes of Twene Jonas, the rabidly antiestablishment Ghanaian blogger resident in the American Mid-West, may be coming from. They may often be too shallow in their appreciation of the Western World and their comparison of the latter to our messy but decidedly preventable situation back home, for the most part. But they must be ceded their legitimate space in our national discourse, because our proverbial path-makers deserve to be told when the trajectory of their paths is far more crooked than is warranted.

Still, what peeved yours truly to the greatest extent of his conniption was the egregiously offside judgment call by the so-called Parliamentary Minority Spokesperson on Health, Mr. Kwabena Mintah Akandoh, of Juaboso, in the Western Region, if memory serves him accurately. Maybe the National Democratic Congress’ charlatanic scumbags think Ghanaians have so soon forgotten the criminally profligate contract that was the Dubai-hatched so-called AMERI Energy Deal, spearheaded by the likes of Dr. Kwabena Donkor, whose academic and professional qualifications make Mr. Agyeman-Manu seem like a recent graduate of Dormaa-Ahenkro Secondary School. Which brings to mind the recent admonishment by Nana Susubiribi Krobea Asante (aka Prof. SKB Asante) that our law schools need to make Contract Law a major part of their curricula, because in an intensely globalized community, contractual protocols are the indispensably central determinants by which nations either become economically prosperous or end up acutely pauperized.

In other words, merely attempting to boost the number of law school graduates who get to train for the job market at the Ghana Law School, per se, is far less important than the caliber of prospective legal practitioners that get churned out by the same. We witnessed a striking example of such gross legal and managerial incompetence in the case involving Mr. Alexander Segbefia, the John Dramani Mahama-appointed Health Minister, and the importation of the over 300 vehicular lemons or unmotorable hulks imported from Germany in the dubious name of the augmentation of the National Ambulance Service (NAS).

Appiatse explosion: Re-construction of damaged houses to beg...
58 minutes ago