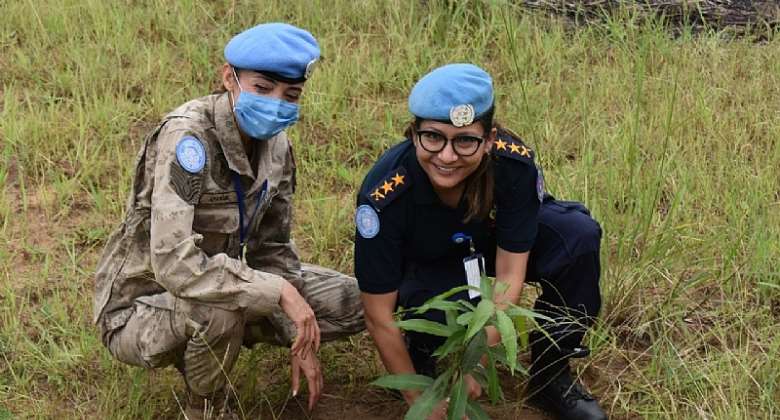 New York, Friday, 5 November 2021 – The United Nations Department of Peace Operations announced that Superintendent Sangya Malla of Nepal, currently serving in the United Nations Organization Stabilization Mission in the Democratic Republic of the Congo (MONUSCO), will be awarded the 2021 United Nations Woman Police Officer of the Year. Superintendent Malla will be presented the award by United Nations Secretary-General António Guterres at a virtual ceremony on 9 November.

Superintendent Malla currently serves as the Chief of the MONUSCO Police Health and Environment Unit, which she helped establish in the country’s capital, Kinshasa. The unit is responsible for implementing policies and procedures concerning the health and well-being of personnel as well as United Nations Police environmental initiatives. Her contributions have added direct significance in the Democratic Republic of the Congo in light of the ongoing COVID-19 pandemic and past outbreaks of Ebola virus disease, as well as natural and humanitarian crises such as the volcanic eruption in Goma last May, during which her unit alerted the local population and UN staff of precautionary measures.

“She helped establish and now leads MONUSCO’s Health and Environment Unit, enhancing the safety and welfare of our peacekeepers by mitigating the risks from COVID-19 and other threats,” said United Nations Secretary-General António Guterres. “And she represents something far larger — the many contributions of women police officers in advancing peace and security around the world. Through her work, Superintendent Malla embodies the best of the United Nations.”

“I am honored to receive this award, and I hope it will encourage more young women in my country and around the world to pursue careers in policing, which is still too often viewed as “man’s work’,” said Superintendent Malla.

The United Nations Woman Police Officer of the Year award was established in 2011 to recognize the exceptional contributions of women police officers to UN peace operations and to promote the empowerment of women.

A Ghanaian policewoman won the prestigious award in 2018 -- Superintendent Phyllis Ama Tebuah Osei, who served with the United Nations Mission in Somalia {UNSOM}.