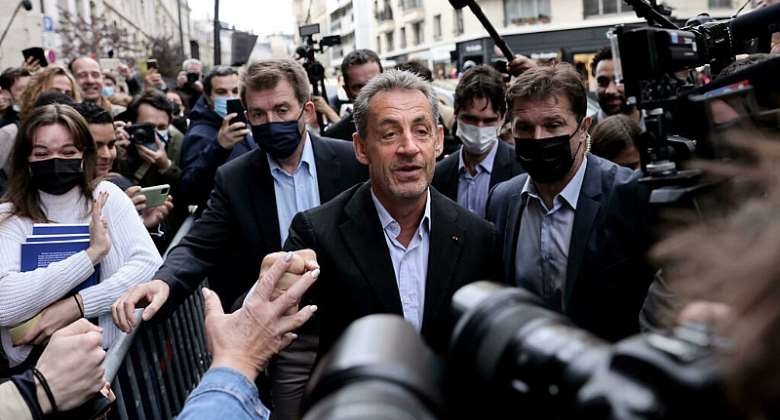 A French court has called upon former president Nicolas Sarkozy to stand as a witness in a trial involving five of his former aides, who are accused of having misused public money and cronyism. Sarkozy is not directly facing charges, due to presidential immunity, but he is obliged to be present in court on 2 November.

Five aides and allies of former ex-president Nicolas Sarkozy went on trial Monday. The hearing was adjourned, however, after two hours.

In the meantime, the judge issued a court order for Nicolas Sarkozy to provide his testimony on 2nd of November, by force if necessary.

Sarkozy's former chief of staff Claude Gueant and ex-advisor and consultant Patrick Buisson are among those charged over the attribution of multi-million-euro contracts for polling services.

Prosecutors say the contracts signed by Sarkozy's staff during his 2007-2012 term in office were sealed in secret and without competition -- breaking French laws on public financing that require transparency and competitive bidding.

The accused, who face charges ranging from favouritism, to conspiracy and misusing public funds, also include ex-Sarkozy aides Emmanuelle Mignon and Julien Vaulpre, as well as former polling expert and consultant Pierre Giacometti.

Personal interests
In total, the French National Finance Public Prosecutor (Parquet national financier - PNF) estimates that some 7.5 million euros of public funds were paid for hundreds of polls which where never openly advertised or put up for tender.

The polls span a large range of topics, from measuring the popularity of the president and his reforms, to questions about current affairs, his political rivals or what the public thought of his wife Carla Bruni, who he married in 2008.

The case illustrates "the way in which Nicolas Sarkozy governed, using the presidency and state resources for his personal interests, worrying foremost about his image and his re-election to the detriment of the law," a lawyer for anti-corruption group Anticor, Jerome Karsenti, said ahead of the trial.

The accused deny the charges, while Sarkozy is not targeted directly and has previously said he will not appear as a witness. However, Tuesday's decision means he is obliged to face questioning.

Legal saga far from over
In late September, a French court handed the right-winger a one-year prison sentence for illegal financing of his 2012 re-election bid, seven months after he received a separate jail term for corruption.

Sarkozy, who is appealing both sentences, is not expected to serve time behind bars, with the courts ruling that he can wear an electronic bracelet at home instead.

He has promised to clear his name and has accused French prosecutors of a "witch hunt".

The 66-year-old has also been charged over allegations that he received millions of euros for his 2007 election campaign from the late Libyan dictator Moamer Kadhafi.