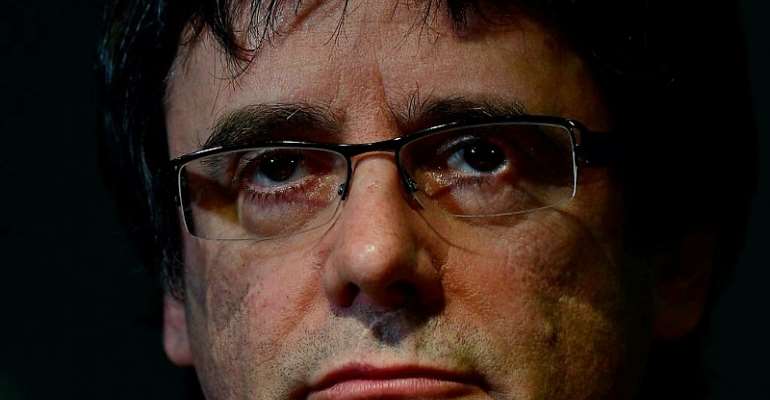 Catalan separatist leader Carles Puigdemont was detained in Italy on Thursday on a Spanish arrest warrant. His arrest comes four years after he fled Spain following an independence referendum that Madrid ruled illegal.

Spain has accused Puigdemont with sedition, claiming he helped organise a 2017 independence referendum which the courts ruled illegal.

The former president of the Catalonia region fled to Belgium following the vote and still lives there in self-imposed exile.

Puigdemont is also an MEP but in March this year the European Parliament stripped him of the parliamentary immunity he had enjoyed since 2019.

His office said Italian police were waiting for him at Alghero airport in Sardinia on Thursday where he was due to attend a Catalan folklore festival and meet with the regional head of Sardinia and ombudsman.

He is due to appear in court on Friday where a judge will decide on his release or extradition to Spain.

His lawyer Gonzalo Boye confirmed the detention in a tweet, adding that it was made on the basis of a European arrest warrant from 14 October, 2019, which, by "legal imperative – as stated by the European Court of Justice, is suspended".

His arrest comes just a week after Spain's left-leaning government resumed negotiations with regional Catalan authorities after talks broke down 18 months ago.

The 2017 referendum led to Spain's biggest political crisis in decades and was followed by a unilateral declaration of independence by the Catalan parliament in October of that year. Madrid then imposed direct rule over the region.

After Puigdemont fled, along with two ministerial colleagues, Spain jailed nine other Catalan leaders for sedition over the breakaway vote, though they were later pardoned by Spanish Prime Minister Pedro Sanchez.

The Spanish government said in a statement that Puigdemont's arrest "corresponds to an ongoing judicial procedure that applies to any EU citizen who has to answer to the courts", adding that he should "submit to the action of justice like any other citizen".

Puigdemont last visited France in February 2020 for a rally in the city of Perpignan in French Catalonia, attended by 115,000 of his supporters.

"Greater Accra NPP is poised to recapture all lost seats in ...
14 minutes ago