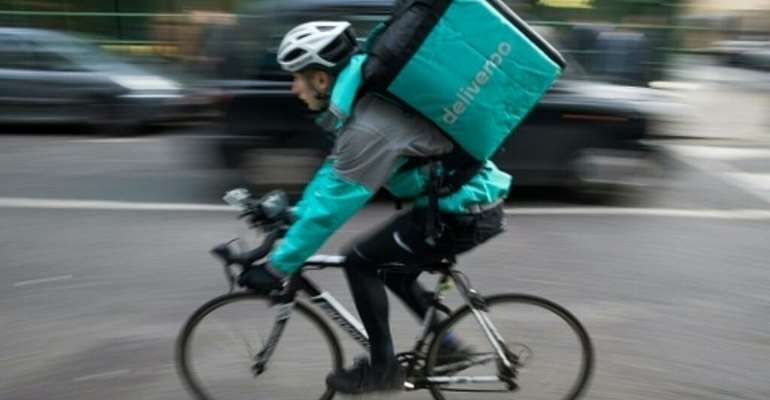 Takeaway food app Deliveroo and three of its former directors are to appear in a Paris court in March next year to answer charges of "undeclared labour" opening up the possibility that its many couriers could claim employee status.

Former managers in Deliveroo France, including an ex-managing director and two other former senior staff have been summoned to the Paris criminal court for a hearing between the 8th and 16th of March 2022 to answer charges of "not declaring a large number of jobs", a source close to the case told the French news agency AFP on Monday.

The charges date back to 2015-2017 when the British group Deliveroo first set up shop in France.

French prosecutors suspect Deliveroo of using "thousands of workers under a supposedly independent status via commercial contracts", the source added.

Deliveroo France has issued a statement saying it operated "in a totally transparent fashion" and "in strict compliance with legal provisions".

It cited the fact that all previous court decisions in France had, ultimately, been favourable to Deliveroo.

In February 2020, a Paris labour court found Deliveroo guilty of "undeclared work" saying that paying a rider as an independent contractor and not a regular employee was "an attempt to skirt labour laws".

However Deliveroo won on appeal.

Opponents of such food delivery platforms – who denounce what they see as the "uberisation" of France's job market – welcomed the latest decision to prosecute Deliveroo.

"These companies and those that run them are cynically exploiting the most precarious workers, even refusing to recognise accidents on the job", tweeted law teacher and Paris councillor Barbara Gomes.

Last week Labour Minister Elisabeth Borne called on both Deliveroo and Uber Eats to put an end the most obvious abuses such as subletting of delivery drivers' accounts which allows the use of undocumented migrant workers.

But overall the French government has been supportive of the online platforms.

Created in 2013, Deliveroo operates in more than 200 cities across 12 countries.

Its sales surged during coronavirus lockdown and in its initial public offering in March, the group was valued at 8.8 billion euros.

But its share price tumbled on launch day by almost a third as investors questioned the way it treated its self-employed riders.

The company announced plans at the end of July to pull out of Spain after the government passed a law recognising delivery riders as staff, meaning they qualify for social benefits such as paid holidays and sick leave.

Meanwhile, Deliveroo's riders in the UK recently lost a bid to join a British union after the UK Court of Appeal ruled that they are self-employed.

Akufo-Addo government most lawless Ghana has ever had – Nyah...
51 minutes ago