Ejura: Social activist dies after he was beaten by mob 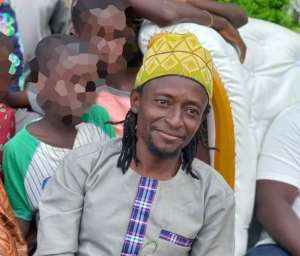 A 40-year-old father of five, who was allegedly beaten to pulp by some unknown persons in the early hours of Saturday, June 26, 2021, in front of his house at Ejura in the Ashanti Region has died.

The deceased, Ibrahim Muhammed, who’s also believed to be a member of the Economic Fighters League, and recently the #FixTheCountry movement, is reported to have been attacked by a mob at about 1:30 am on Saturday, June 26, 2021.

The deceased standing close to a refuse dump in the Ejura area.

His shout for help drew the attention of some residents of Sabonline, a Zongo community in the Ejura township, but they came in late to find him lying unconscious.

After assessing the degree of injuries sustained, he was referred to the Komfo Anokye Teaching Hospital.

According to the family of the late Ibrahim Muhammed, he had been using social media to highlight challenges within Ejura particularly abandoned government projects that he believes deserve attention from state actors.

They believe this action may have influenced some persons to attack him since he had been warned by some unknown persons prior to the attack.

Speaking to Citi News, the wife of the victim, Zahada Hudu, demanded justice for her late husband.

“I kept warning him to be cautious as the path he had chosen is very dangerous, but he would not listen. I suspect they killed him because of his criticism of the government.”

“I don’t want this matter to be swept under the carpet. The police should find the culprits and bring them to book.”

Some reports have suggested that he once received an audio message cautioning him about his constant criticism of the government.

Meanwhile, the police in the area say they have begun investigations into the matter. They however, say they have not been able to make any arrest yet.

The police are thus asking residents to assist them with information that will lead to the arrest of the perpetrators.

The Ejura District Police Commander, DSP Philip Kwadwo Hammond, in a Citi News interview said “we received a distress call in the early hours of Saturday that a young man had been attacked by some unknown men. We got there and found him battling for his life. The suspects had escaped by then.”

“Surprisingly, the complainant could not help us with the identity of the suspects. So we have launched our own investigations. Very importantly, we implore any individual who may have any information that will help to get to the bottom of the matter to come forward. Their identities will be protected.”

With the name Macho Kaaka on Facebook; citinewsroom.com found out that the deceased usually comments on local developmental issues as well as major issues of national interest.

His last Facebook post on Saturday; June 26, 2021, which is the day he was attacked, was specifically about the arrest of actress Efia Odo and other conveners of the FixTheCountry Movement at the court in Accra.

It was merely another person’s comment on that issue which he shared on his wall.

On June 17th, 2021, he made a video post about the killing of the police officer in the Bullion van attack in Accra, and called on the government to improve security for police officers and Ghanaians at large.

Before that, on June 14th, 2021, he showed a live video of a road that was being fixed in his locality, while on 13th June 2021, he posted about the rising cost of fuel in Ghana.

He also had on his Facebook wall videos and posts of other social activists which he often shared.

Ministry of Youth and Sports directs GFA to dissolve Black S...
59 minutes ago