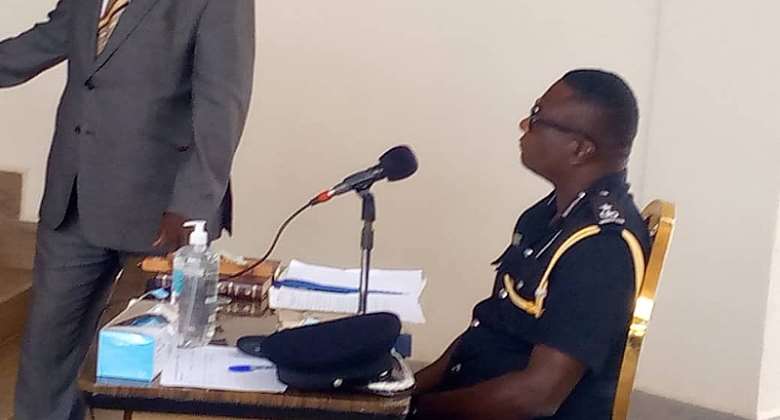 According to him, the death of Ibrahim Muhammed also known as Kaaka was a catalyst for the disturbances.

DCOP David Agyemang Adjem made these comments when he appeared before the ministerial committee probing the incident on Wednesday, July 7, 2021.

“I think that there were more things in the background than what we see. I am saying this because for example, when Kaaka was killed, there were a number of political people who jumped in and hijacked the incident for their own parochial interest. So it tells you that there was a political undertone in this whole instant.”

“For example, we are told Kaaka was an NDC person, but some other parties are claiming he was their member and subsequently all NPP items in Ejura were vandalized, and I'm sure that if an NPP had died, you won't destroy your own party items.”

However, when questioned for his opinion on whom he thinks the late Kaaka was, he responded by saying, “I think Kaaka was a social activist who posted a lot of pertinent social issues on his pages.”

'Breaking the 8': Party needs fresh executives in Ashanti re...
34 minutes ago

NPP Regional elections: Be vigilant, NDC is sponsoring some ...
52 minutes ago