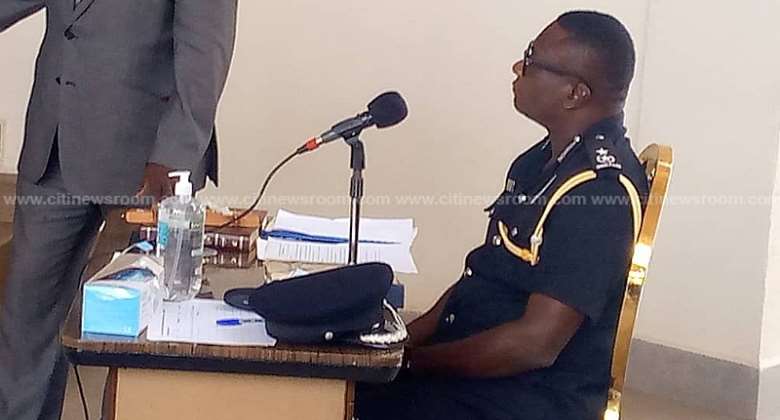 The Deputy Ashanti Regional Police Commander, DCOP David Agyemang Adjem, has admitted to failings on the part of the police in the handling of the tensions in Ejura on June 29 leading to two deaths and injuries to four persons.

Although the security personnel have claimed that they received intel about possible disturbances a day before the protest in the community, he said there were lapses in their operations on the day.

“I think the coordination was good, albeit the execution wasn't perfect,” DCOP Adjem said to the three-member ministerial committee tasked to investigate the disturbances at Ejura.

In his testimony, he also suggested that there was no proper plan for the deployment of the military to the area.

He said the police assumed that the protestors, who police have described as rioters, would disperse upon the arrival of the soldiers.

“In the past, we've had incidents, anytime they had seen the military, normally they would calm down and some level of peace would have been restored, but this time I think we miscalculated, and we take responsibility for that,” DCOP Adjem said.

DCOP Adjem also said police did not expect the situation to escalate following the involvement of the soldiers but added that it was “in tune with our SOP [standard operating procedure].”

“We didn't anticipate that it would degenerate into shooting. Our objective was first to protect lives and property and to maintain law and order.”

Addressing DCOP Adjem, the Chairman of the committee, Justice George Kingsley Koomson, stressed that police should have resorted to regular crowd control measures.

“I am of the view that you should have considered the best way to control the crowd. You have tear gas, your police riot shields, and all that,” Justice Koomson said.

DCOP Adjem had noted that the police didn’t have crowd control utilities like tear-gas and riot shields.

“But we had used what was available. For example, we used the water cannon… they had given verbal warnings to the persons on the ground. They had used warning shots,” he added.

Ultimately, DCOP Adjem maintained that “for what we had on the ground, we did the best under the circumstances.”

The involvement of the military escalated the situation as some soldiers fired their guns to ward off the protestors who massed up after the burial of a social activist, Ibrahim Muhammed, who died a day earlier after he was attacked near his home.

Six persons later sustained gunshot wounds, two of whom subsequently died. One of the injured, a sixteen-year-old boy, has had one of his legs amputated.