Ejura killings: Military did nothing wrong — Omanbapa Foundation as it commends Akufo-Addo for setting up Committee 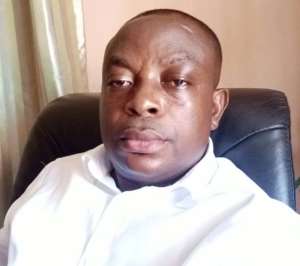 Chief Executive Officer of a Kumasi-based Non-Governmental Organisation, Omanbapa Foundation Mr Ernest Yaw Danquah has commended President Akufo-Addo for setting up the three-member ministerial committee to investigate the disturbances at Ejura in the Ashanti Region.

He the President took the right decision to ensure peace and justice is served the families of the deceased.

Speaking to the Modernghana News in an interview, Mr Danquah indicated that the military officers who allegedly shot and killed the two protesters at Ejura did nothing wrong to attract public criticism.

He blames deceased protestors for taking the laws into their own hands to disrupt public peace.

Danquah who also doubles as the Managing Director of Danrest Employment Agency in Kumasi observed that the military is the last hope of the country in terms of security.

According to him, he is not trying to defend the military for the act but the youth obeyed their instructions.

As a peace loving country, he noted that the youth must be law abiding and avoid acts that could bring about fratricidal violence in the country

”In as much as the committee is set up by the President to investigate the incident, I think there is the need for us to query the youth been the protesters so that such things do not repeat itself," Mr Danquah posited.

On the committee probe, he however pleads with the President to take disciplinary measures against anyone who is found guilty to deter others.