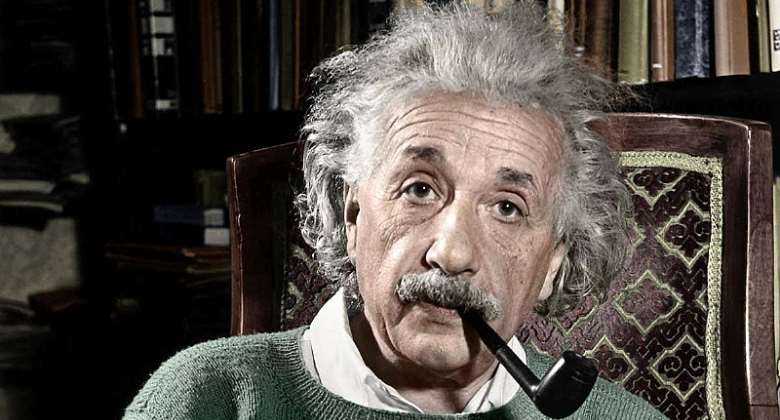 WHO WAS ALBERT EINSTEIN?

Albert Einstein was born to Jewish parents in Ulm, Württemberg, Germany on March 14, 1879.

He was educated in Catholic Elementary schools.

Einstein therefore received instructions in the Bible and the Talmud as a child.

Einstein was very religious in his childhood; he frequently, read the Bible; he often sang church songs on his way to school.

Einstein’s attitude towards religion began to change after he had read the physical science books.

Albert Einstein graduated from the Swiss Federal Institute of Technology (FIT), Zurich, in 1900 with a degree in physics.

He met his first wife, Mileva Maric (of Serbian descent) at the Zurich FIT. Mileva was a Greek orthodox

“I dislike very much that my children should be taught something that is contrary to all scientific thinking” Albert answered when asked about the type of religious instructions his kids should have in their elementary schools.

Albert Einstein left Germany (without going back) in December 1932, to escape from threats by the German Nazi organization.

He came to settle in the Institute for advanced study Princeton, New Jersey.

Einstein became a U.S citizen in 1940

Einstein’s work on the Theories of Relativity earned him the Nobel prize for physics in 1921, for his explanation of the photoelectric effect

Among his numerous pioneering-works were Gravitational waves, Black holes (both of which later received Nobel prizes), and Quantum mechanics.

In his 1934 writing “The World as I see it” Einstein described the Three different Stages of religious Experiences among men.

THE THREE STAGES OF RELIGIOUS EXPERIENCE

Stage one: The Fear-Based Religion (aka Tribal-religion of fear).

Humans have two main wishes: (1) the wish to satisfy their felt-needs, and (2) the wish to avoid pain and life-threatening situations.

Primitive societies had no clue to the etiology of diseases and natural disasters. They blamed imaginary beings for sanctioning the diseases and the natural catastrophes. Any unexpected deaths including being mauled by wild animal, drowning in rivers, falling-off tall tree, etc. were attributed to these illusory beings. (Just like how Ghanaian societies blame witchcraft, and Juju men for causing calamities)

The illusory beings/deities were capable of protecting primitive men/tribes from accidental deaths once they have been appeased.

Chief priests were delegated to mediate between the tribes and the deities.

Rituals and sacrifices were performed under the instructions of chief priests.

An example of tribal religion can be found in Gold-Coast history of the Asantes during the 17th Century.

Ashanti-Chief-priest, Okomfo Anokye demanded that Barima Tweneboah Kodua I the paramount chief of Kumawu and a couple of other Ashanti-citizens offered themselves as sacrificial lambs, to ensure an Ashanti-victory, over Ntim Gyakari.

Civilization brought knowledge and understanding about the causes of diseases and natural disasters. The fear factor is not a major concern.

Humans have now realized that they are mortal beings, and that their parents, society-leaders, and everyone else are fallible.

Their new wish is to adopt high-moral values.

The imagined God provides protection and guidance; rewards those who do good, and punishes the bad guys.

The God cherishes the life of the tribe, and the human race, and preserves the souls of the dead.

Quite often, the imaginary Gods have incarnated as humans through immaculate conception (virgin births).

Modern Christianity is one example.

In the Christian religion, Jesus Christ was a God that became human through a virgin-Mary-birth. He came to die for our sins, and saved the souls of Christians from going to Hell, in the afterlife.

Krishna, the Savior of India.

Devaki, a chaste virgin, she led a pure life and was chosen to become the mother of the god Krishna.

A Virgin Maya, gave birth to Buddha, who chose to leave paradise to come and mend the ways of his people, take away their sufferings, and mitigate the punishment they were to undergo. Maya Devi, foreseeing her destiny, retires to seclusion. Bodhisattva enters her womb in a semi-conscious dream, and when she awakens, she is filled with joy, —truly blessed of women.

Quetzalcoatl, savior of Mexico, was the product of a Virgin, Sochi quetzal's immaculate conception.

The overwhelming majority of present-day humans are in the second stage of the society and moral-based religions.

In cosmic religion, devotees are humans with advanced knowledge and understanding of the laws of nature.

Such persons do not have major felt-needs; they have no fear, and are not preoccupied with moral religion. They do not pursue any religious dogmas. They do not subscribe to saviors and personalized Gods (gods conceived in the images of humans).

They are rather inspired by the Arts and Sciences. They feel fulfilled internally, as they pursue the mysteries of the Universe and make breakthrough discoveries.

Studying the Universe and mastering the laws of nature, have kept them going.

They tend to devote much longer periods of their time to work in isolation and pursue their dreams.

Such men are often considered as Atheists, others are considered Saints.

Einstein was inspired by a 17th Century Dutch-born philosopher with Jewish background, Baruch Spinoza who had come to this world nearly, two Centuries and-a-half earlier than Einstein.

The Catholic church doubted Einstein’s belief in the church-God when he proposed the theory of relativity.

I believe in Spinoza's god, who reveals himself in the lawful harmony of the world, not in a god

who concerns himself with the fate and the doings of mankind.

THE LESSONS FROM ALBERT EINSTEIN’S THEORY ON RELIGION.

Alber Einstein did not believe in a personal God that intervened in human activities.

Einstein wrote, I am not an atheist and I don't think I can call myself a pantheist. We are in a position of little child entering a huge library filled with books in many different languages. The child dimly suspects a mysterious order in the arrangement of the books but doesn't know what it is. That, it seems to me, is the attitude of even the most intelligent human being toward God.

Albert Einstein died on April 18, 1955. He wanted his body to be cremated. However, his pathologist kept Einstein's brain for further research. Einstein’s brain was small in size.

Einstein’s brain however, had more convolutions/gyri than the average brain; it also had a thicker layer of the internal capsule, the deeper part of the brain that facilitate intra-brain communications.

Albert Einstein labeled the first two stages of religious encounters, including the belief in the church-God as primitive and childish.

A belief in the church-God cannot save humanity and the planet earth.

The only religion that could save our planet is the Cosmic religion. This is because cosmic religion encourages scientists to explore the mysteries of the Universe and to learn the laws of nature.

By understanding the laws of nature, and exploring the whole Universe, humans shall learn to cooperate with nature.

The man who is thoroughly convinced of the universal operation of the law of causation cannot for a moment entertain the idea of a being who interferes in the course of events--that is, if he takes the

hypothesis of causality really seriously. He has no use for the religion of fear and equally little for social or moral religion.

determined by necessity, external and internal, so that in God's eyes he cannot be responsible, any more than an inanimate object is responsible for the motions it goes through. Hence science has been charged with undermining morality, but the charge is unjust. A man's ethical behavior should be based

effectually on sympathy, education, and social ties; no religious basis is necessary.

Man would indeed be in a poor way if he had to be restrained by fear and punishment and hope of reward after death. - Einstein: The world as I see it, (Science and Religion)

Perhaps, the modern generation can learn more from such past philosophers as Baruch Spinoza, Francis of Assisi, Democritus and Albert Einstein and stop being preoccupied with moral religion.

Take bold decisions to turn things around, not just talks – ...
2 minutes ago

'You do nothing while Ofori-Atta makes a fortune of our loan...
47 minutes ago