June 19, 1865 (JUNETEENTH): The Legacy Of Slavery In The United States Of America 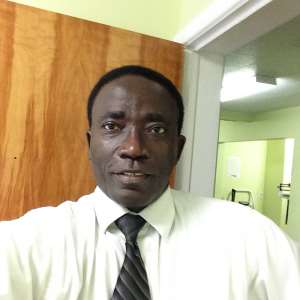 On March 6, 1857, the US supreme court ruled against Dred Scott, in the case of Dred Scott v, Sanford. Dred Scott was a Negro who had sued his slave master for his freedom, on the grounds that Mr. Sanford was living in Wisconsin (a slave-free territory) and so he, Dred Scott, was a free man.

Chief justice Roger Staney in dismissing Scott's appeal with a majority decision, declared that descendants of former slaves whether freed or enslaved could not be citizens of the United States, or of any State; Dred Scott had no rights to sue for his freedom in any U.S federal courts. He stated further those descendants of slaves remain slaves whether they choose to live in a slave territory or a slave-free territory.

To the Southerners, Justice Staney’s decision meant all States and territories in the country must be opened to slavery.

To the Northern States, Justice Staney’s decision marked a coordinated attempt to spread slavery throughout the country.

Abraham Lincoln was from the state of Illinois a slave free-state. The southerners warned, the election of a “Black Republican” Lincoln, would force the Southern States to secede. Lincoln went on to win the November 4, 1860 elections.

South Carolina seceded on December 20, 1860. During the months of January, and February 1861, six other states seceded.

Even though Lincoln promised the Southerners, during his inaugural speech that he was not going to interfere with the institution of slavery in the states where they existed, his promise fell on death ears.

That marked the beginning of a 4-year American civil war.

On June 19, 1865, about two months after the Confederate Gen. Robert E. Lee surrendered at Appomattox, Va., Union General Gordon Granger arrived in Galveston, Texas, to inform enslaved Africans of their freedom and that the Civil War had ended.

Abolition of slavery is also known as the second American revolution.

June nineteenth—is now known as Juneteenth, and is celebrated as family get-together.

Annual parades are held in some major cities to celebrate the day.

Africans and African Americans had fought against those who endeavored to control every aspect of their lives.

Culled from the book, INSIGHTS, authored by Alex Sarkodie, MD.