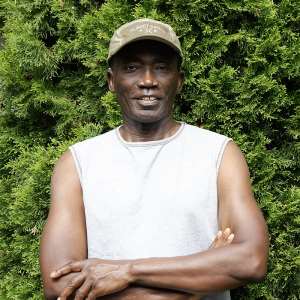 Aflatoxins are food-borne toxic compounds produced by the common-mold, known as Aspergillus, which infect humans and livestock through contaminated food.

Animals feeding on diets contaminated with Aflatoxins can transfer the aflatoxins to animal-derived products, such as milk, cheese, eggs, meat, resulting in the ingestion of Aflatoxins by humans

After Aflatoxins ingestion, 75% remain in stools, 15-20% is kept in urine, 5-6% is kept in the liver. The rest is excreted in milk as metabolite or unchanged.

Aflatoxin B1 (AFB1) is the most toxic aflatoxin

Indeed, AFB1 has been classified as group1 carcinogen by the international agency for research on cancer (IARC).

AFB1 is metabolized in the liver to generate intermediates that can attach to DNAs in cells to cause DNA-damage.

Aflatoxin intermediates stimulate cellular metabolism to generate Reactive Oxygen Species (ROS) and Free radicals. The generation of ROS and free radicals deplete the levels of antioxidant enzymes in cells, and leads to oxidative stress in the tissues and cells.

Autophagy is an intracellular degradation process that allows cells to remove abnormal proteins and damaged organelles from the cells, for recycling. This type of cellular house-cleaning helps to keep cells healthy and allows cells to survive under stressful conditions.

Without autophagy, the progressive accumulation of abnormal proteins and damaged organelles would further damage the cells and stop cell growth.

AflatoxinB1 is a potent liver-carcinogen, and exposure to AFB1 causes both acute and chronic injuries to the liver.

The kidneys excrete ingested aflatoxins and the aflatoxin-metabolites.

Prolonged exposure to AFB1 causes kidney damage from inflammation, apoptosis and oxidative stress. This is associated with impaired kidney functions: elevations in BUN, creatinine, and proteinuria.

Tumor suppressor genes are genes that block the transformation of healthy cells into cancer cells.

A classic example is the tumor protein 53 (TP53) gene.

Most cancer cells develop as a result of mutations in the P53-gene.

The hepatitis B virus is able to insert part of its genome the X-gene of Hepatitis B Virus (HB-x gene) into the host genome in the liver cells to produce the HB-x protein.

This HB-x protein binds to, and inhibits the expression of p53 tumor suppressor gene.

In this way, Aflatoxin B1 acts synergistically with Hepatitis B Virus to promote p53 mutations and hepatocellular cancers.

Vaccination against hepatitis B would reduce the potency of the aflatoxins in vaccinated persons and reduce liver cancer risks.

TURMERIC/CURCUMIN TO THE RESCUE.

Turmeric contains Curcumin which is bright-yellow in color.

Curcumin has antioxidant and anti-inflammatory properties.

Chronic exposure to AflatoxinB1 leads to the release of proinflammatory cytokines.

The inflammatory cytokines cause damage to multiple organs including the Liver, and Kidneys, and Leydig cells in the Testis.

The antioxidant properties help Curcumin to protect against damages associated with the aflatoxin-induced oxidative stress on organ and tissues including the liver.

The addition of curcumin to diet improves the levels of the antioxidant defense system that suppress or prevent the formation of free radicals and ROS in cells.

Aflatoxin B1 is proinflammatory; it increases the levels of inflammatory cytokines that trigger systemic inflammation.

Curcumin has anti-inflammatory properties and can block the aflatoxin-induced inflammations.

Aflatoxins can cause gene mutations, and cancers; liver, testicular, and kidney damage.

In the USA, the FDA has closely controlled aflatoxins since 1969. In developing countries no such aflatoxins-controls measures exist.

Hepatitis B vaccination helps to reduce the potency of aflatoxins in vaccinated population, and reduce liver cancer risks.

Curcumin has antioxidants that reduce the oxidative stress associated with aflatoxins.

Therefore, daily consumption of turmeric (one teaspoonful of the ground turmeric, which is equivalent to 200mg of curcumin, per day) could help protect against most of the Aflatoxin B1-induced oxidative damage, and inflammations in the liver and other tissues.