The Rastafarian community and Achimota School issue: all you need to know 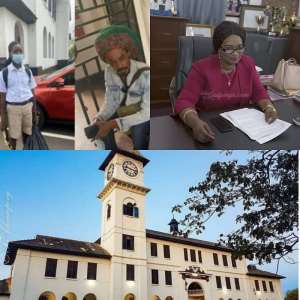 It's been seven days since another issue concerning Rastafarians popped up. This time around, it's not about we giving them permission to smoke weed freely or not. It's about we permitting them to go to school with their Dreadlocks hairstyle.

A great deal of analysis arose when this whole issue came up. Those for and against contended with realities and didn't get rid of the law as well. To some, it's a matter of law, and to others, that of religion. Some schools were cited including Accra Academy as admitting Students with dreadlocks. The reasons behind this are still unknown to the general public.

An order was given by the Ghana Education Service, directing the administration of Achimota Senior High School to admit these young Rastafarians to have access to education. This fell on deaf ears. The Headmistress of the school clung to the standards of the school. She refused to admit them and to her, she is doing the right thing. The Parent-Teacher Association (PTA) of the school gave an assertion siding with the headmistress.

The Old Students Association of the school also voiced out about this issue. They took a firm decision to the degree of requesting that GES retracts their directive.

The matter was heating up, so GES had no choice but to do so. They did so with the option of examining issues with the headmistress in a closed meeting.

Then again, Mr. Angel Kabonu, the president of the National Association of Graduate Teachers, also joined the conversation to make some pronouncements, the public describes as wild and appalling. He queried why to date, Rastafarians don't have their schools in the Country. He appeared consistently inconsistent on this issue, considering a past assertion he made about a similar matter.

It ended up in our Parliament where our law makers had to jaw jaw with the belief that something good will come out. It was alright until the second deputy speaker, popularly known as JOE WISE changed the face of the discussion. He said, "I actually get worried about the attempt to rope in Rastafarianism as a religion. If we do, then we complicate the matter for the young man. The reason is that, if you study Rastafarianism, it involves the smoking of weed and weed is an illegal substance in Ghana, it is not a substance that is permitted to be smoked." This comment wasn't taken likely by many Ghanaians. He received several back lashes on social media.

Many people queried why the ministry of Education, which manages all organizations which have something to do with schooling and education, haven't made any comment on the issue. Many people needed them to settle this matter for the last time. The Minister in charge of the ministry, Osei Yaw Adutwum, PhD in an interview rubbished the focus of the matter. He said, "people are going to Mars, we are here wasting time on hair discussion." He also received several back lashes but he vowed to examine issues with authorities to get a remedy to the matter.

However, the services of children, Gender, and social protection Ministry cannot be left out.

Many people are calling on the ministry to voice out on the matter but nothing has come from them yet.

The constitution of Ghana and other laws are also filed in as reference point, and the discussion goes on and on but we live to see the crux of the matter.