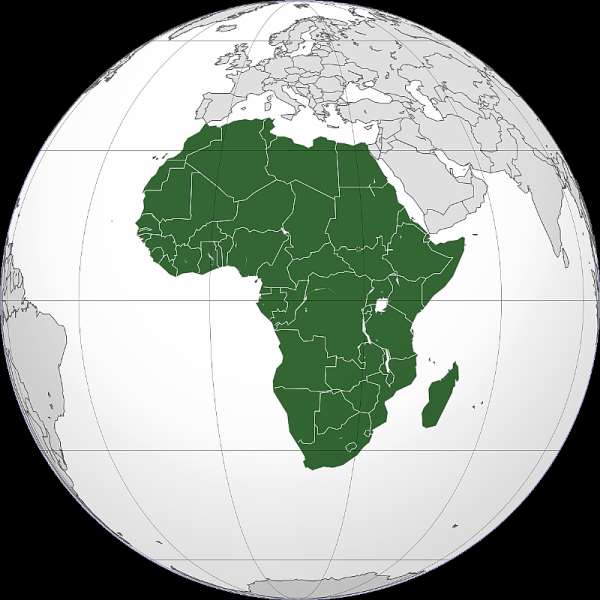 A country spending more of its income training foreign students than local students cannot prosper. We rightfully levy financial burden and enough stress on ourselves to make sure our children turn out better than we do. Times have changed and we complained that there are very few good schools like we used to have based on what we disproportionately spend on local compared to foreign students. Many started in Mission or Government primary schools in Lagos and moved on to Achimota College in Accra or vice versa. Out of these, others proceeded to Fourah Bay College or Makerere University without breaking Central Banks.

We could get a good education without leaving Africa then. You do not even have to be born lucky or from filthy rich families to get good education. Students that left Africa had foreign scholarships and very few could afford private sponsors. There are more private students now overseas, draining our treasuries than those on scholarships. Moving fast along, our school standards have fallen because politicians fail to invest in them. Some of the Mission schools

were taken over based on focused education instead of religious indoctrination; but without funds. Unfortunately, some Mission schools are sowing religious discords using students.

Even Pastors and Imams established schools from contributions, but members cannot afford their schools. Indoctrinated Africans that prefer foreign schools, started stealing from local Education budgets, contracted private schools out to cronies while laundering profits to train their own kids abroad. They make Central Banks funds accessible for foreign school fees, not local. An admission of their abysmal local schools. Unfortunately, the wish that their foreign trained kids would benefit them than those that attended local schools never materialized. Throwing good money after their lost children.

Unlike the days of their parents, most of the children sent abroad today hardly come back. Indeed, one politician wondered out aloud if his children and grandchildren abroad would come home to bury him. They may come home on vacations for a week to a month. When their parents die, they may stay a week longer for the burial before they leave. Depending on his contribution to his local community, other people's children may honor and appreciate their contributions at home or curse them.

Some pupils had excellent primary and secondary schools within universities across Africa as the University of Ibadan. Despite clairvoyant thinkers from University of Sankore Timbuktu to Diaspora, we do not spend enough on our schools and disrespect native intelligence. Some of us echo Europeans that labelled our philosophers Afrocentric, Ethnocentric and African history as revisionists in our laborious research in ancient Mali, Sudan, Egypt, East and West Africa like Cheik Anta Diop in favor of new "discoverers" of Africa. Foreigners are amused to watch African economists and historians slaughter one another at international conferences.

Even more depressing is to watch African doctorate students struggle with their thesis under armchair (professor) supervisors until they bend. There is a reason our Independence leaders like Herbert Macauley, Nkrumah and Awolowo wanted free education for the masses. Schools increased exponentially after Independence. You never knew which of these children would become dedicated to their countries and make them a better place than when they met them.

The way you prepare your countries or beds, is the way you lie on it. Your precious children may not be there for you in your countries when you need them. But if we give cultural training and education to as many children as we can, they may build a better country or prepare a better bed for us to lie on. Our kids may be lucky to have rich parents, do not expect them to give back when none of their training is local. They are trained as: Me Myself and I abroad.

No matter how children are trained, you cannot keep talented students down. The lion share of the country's income and resources laundered out to educate the very few children of the rich and their cronies, produce little in return to develop our countries but more indoctrination. It is the students that grow up hungry for advancement in local schools that countries look up to, moving and lifting their countries forward. It is ironic that some parents cry that their kids abroad cannot pay their fees, so that they can extort foreign incomes out of the Central Bank.

Despite the amount of money sent by Africans from Diaspora which is more than the foreign income of some African countries, it is not enough to alleviate the majority of the students at home as the money goes to families and personal projects. Even much more is looted out of Africa for the comfort of rich children that would not work to pay their way. While the majority of local children are denied basic services, countries depend on them for future development. Without local investments and a productive population, there is no future and no country.

The most effective argument against African progress was to use Africans against Africans, follow and endure the status quo of European’s training that defined the economic ladder created for Africans against themselves. It is true that many of these professors are trained at Oxford or Harvard but most of their theories are also taught in African universities. Deviations from their theories as "standard", are radical thoughts. Original African thinkers challenged colonial indoctrination as producers of raw materials and consumers of their finished products.

We are not lame or brainless but we have been programmed since childhood that our salvation cannot come from within. It has been over 60 years since Independence, yet we keep on digging deeper into poverty with exploitative economic models preached and forced on African children. We cannot stick to the same belief for 60 years that failed us and expect changes. All the children in Asia that were poorer than in African countries are now richer and preying on us like the Europeans and Americans in the form of loans and foreign aid.

Why? We have never dictated the machinery of production, price, monopolized and carteled agricultural seeds, gold, diamonds, uranium etc mined (without local awareness) that control the world Stock markets. We just produced raw materials and educated kids abroad. Asians were colonized the same way we were, but they control and own their stock markets and cultured their children accordingly. Some of them play the western economic system with Western countries but retain their economic system at home like Japan and China. Africans threw away the children with the bathwater. Local boy versus International boy mentality.

Therefore, in our old age at home or abroad, we must contribute more to our local children's education in Africa, less to foreign students. Those children of ours we spent so much on abroad may give us less returns than local or other children we spend less on. Community responsibilities and contributions come from within, not from outside. All the money laundered out may disappear in secret accounts in Bermuda, Europe and America after all the fees to lawyers, accountants and bankers. Only God knows how much Abacha or Ethiopia's Haile Salaise lost in foreign accounts.