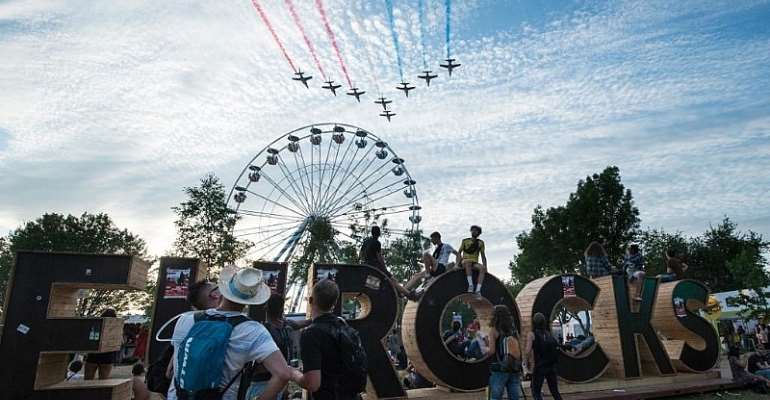 Organisers of France's biggest music festivals have been left with a hard decision to make after the culture ministry said summer events would be allowed to go ahead – but with a limit of 5,000 people, all whom must remain seated, to meet Covid-19 restrictions.

Reaction from festival directors has been anything but enthusiastic after Thursday's announcements from Culture Minister Roselyne Bachelot.

"We are in shock, backs to the wall," said Jean-Paul Roland, director of the Eurockéennes festival, scheduled for early July, which gathered 128,000 people in 2019. Like most other festivals, the 2020 edition was cancelled.

"5,000 people, seated, distanced...with no distinction between outdoor or indoor venues. It means we need 10,000 seats," the boss of Eurocks said. "We won't make any hasty decisions, we're going to meet with other festival organisers."

Eurockéennes has already announced its programme, which includes international headliners such as Muse, DJ Snake and Massive Attack.

"With 5,000 people, it's impossible. Which artist would accept that? And those who come to Eurocks don't come to sit and watch a concert. They come to experience life. This has not been taken into account by the culture ministry," said Roland.

"5,000 metal fans sitting and socially distanced – that's not possible," he told Ouest-France, though it remained unclear if the festival had been definitively called off.

Barbaud said his festival, which drew 180,000 people in 2019, was particularly handicapped by the restrictions. With 90 percent of the lineup made up of international acts and 20 percent of spectators coming from abroad to experience 15 hours of concerts per day, stay at a giant campsite and drink litres and litres of beer, he suggested he had little choice.

"While some festival colleagues are delighted with the framework announced on Thursday by the culture ministry, I am not," said Barbaud. "I do not blame the minister. The health situation is what it is, and Roselyne Bachelot had the courage to make decisions. But next summer will once again be a disaster for the youth."

But some festivals are making plans to maintain their event.

The Vieilles Charrues, one of the biggest festivals in France with 270,000 spectators in 2019, is one.

"We will adapt. It won't be a silent summer in Carhaix (Brittany). It will be the summer of reunions," director Jérôme Tréhorel said.

"I was afraid that there would be no announcement at all or that summer festivals would be banned. We could perhaps even move to a standing configuration, if the health situation improves. But it could be stricter if it deteriorates."

The major Paris festival Solidays, which drew 228,000 people in 2019, had already announced last week that it would cancel its 2021 edition.

"There remain some areas of uncertainty with the Culture Ministry's framework. But what is certain is that the 2021 festival season will not be like others," said Aurélie Hannedouche from Union of Contemporary Music (SMA).