A Journey into Mental Illness 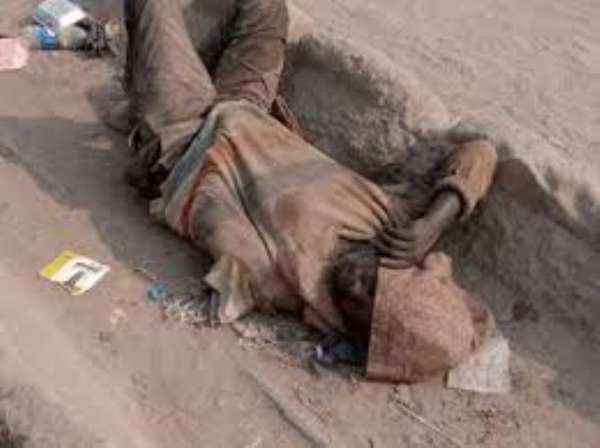 I feel ill. Been laying in my bed for a few hours now. Trying my best to avoid pressure, stress but, of course, money is not a part of this list.

January, 2021 happens to be a month of a time in history, of course, passing history during which I am determined to read as many of John Grisham's writings as possible.

I have barely read two books and I am tempted to pronounce myself unwell.

Who really cares if I am not well? Maybe when I begin to discuss my lost of appetite, the feverishness and headache with family, they would become concerned. But who else cares if I should deteriorate very quickly and descend six feet?

I have no children yet, very little to pass on in a will and maybe a few tears in the eyes of very few friends and loved ones to be shed. Whether or not I am ready, is what I am thinking about whilst I type these words.

Just yesterday, I was out trying to find somethings for myself around Sogakɔƒe then went on to Ʋume. Whilst taking a stroll across the Lower Volta bridge, I watched the vast artificial lake pretend to flow. Even though it scared me it also reminded me of the need to go back to my swimming lessons and endeavour to excel. On my way, I chanced on a man rugged and lying in what we might classify as filth.

A few privileged people who had studied the workings of the brain and behaviour variations, would easily be tempted to diagnose him as one with a mental illness and drag him off to an asylum for treatment.

But there I was minding my own business. The day had already stressed me up but I simply wanted to call it an exercise that I hadn't had in many months maybe a few years.

I think I was more stressed out than the man lying on the sidewalk. He had no phone to be called and reminded hourly of a responsibility or an obligation. He was simply lying there unconcerned. He knew the kind pedestrians would give him something when he ask or maybe the hawkers nearby would throw their leftovers at him even without him asking.

Was he living a better life compared to us or let me say me? Was he pretending to be classified as mentally ill in order to run away from the stress, responsibility and the headache I now feel lying here, or was he trying to show us how possible it is to run away from the mercantile world?

We might say he is ill but he appears to be in a permanent state of rest except that he is not immobile like those under the unequal tombs scattered all over. But I am ill today and that could easily explain why I am at rest and writing this. I may get up well tomorrow and be deprived my peaceful state of rest by the mere fact that everyone thinks I am sane.

The peace this man enjoys is a state with no fear of police, no fear of a court, no fear of war or even a thought of it. It is all about finding food to eat, a place to rest the body and waiting for a time to die.

A death that might come with no tears, no will for anyone to fight over. But rather leaving behind peace, one less unoccupied homeless space to be taken up for free and one less nuisance for those who disliked him.