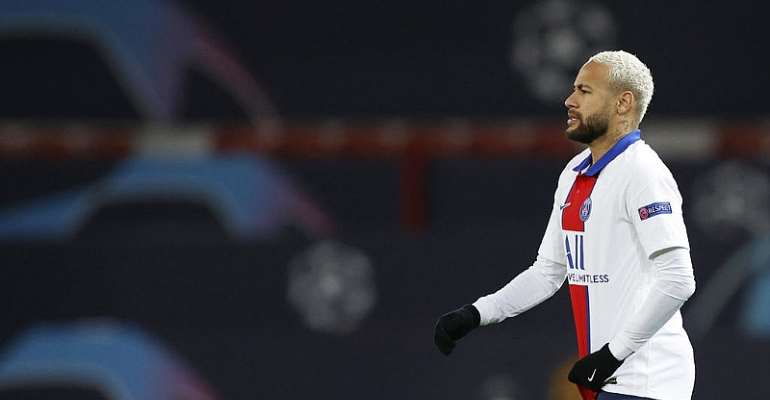 Paris Saint-Germain took a huge step towards avoiding an early exit from football's Champions League and left Manchester United with work to do to reach the last 16 as Neymar scored twice in a 3-1 win at Old Trafford.

PSG, United and RB Leipzig are now all tied on nine points at the top of Group H with one game to go.

But the French champions are in the driving seat as they host eliminated Istanbul Basaksehir on Tuesday, while United need a point when they travel to Germany.

"Winning at Old Trafford is one of the biggest challenges in the world," said PSG boss Thomas Tuchel. "The team showed that they wouldn't accept defeat.

"We have taken a big step, a very hard one, but we still have to take the last step. We still need to work hard, play with the same mentality, the same fire."

Ole Gunnar Solskjaer's men were left to rue a host of huge chances early in the second half with the match poised at 1-1 after Marcus Rashford cancelled out Neymar's early opener.

"We had some big chances, big moments and that's the difference when you get to the big games," said Solskjaer.

However, the United boss' decision not to replace Fred before he was sent off seconds after Marquinhos scored PSG's second was a naive mistake which cost his side.

The Brazilian midfielder had been lucky to escape a sending-off before half-time when he was shown a yellow card after a headbutt on Leandro Paredes was reviewed.

"Fred shouldn't put his head towards him, it's either nothing or a red card, he's a bit lucky to stay on," conceded Solskjaer, who admitted to considering making a change at half-time.

"We spoke about staying calm, staying on your feet and the second one is nowhere near a yellow card."

Leipzig's late winner in a 4-3 thriller in Istanbul earlier on Wednesday piled the pressure on PSG to win and keep their fate in their own hands going into matchday six.

The visitors started brightly in response to that news from Istanbul, and went in front after just six minutes when Neymar pounced on Kylian Mbappe's deflected shot to drill low past David de Gea.

Tuchel was furious when United needed just eight more minutes to make the most of that reprieve when Rashford's shot took a wicked deflection off Danilo to wrong-foot Keylor Navas.