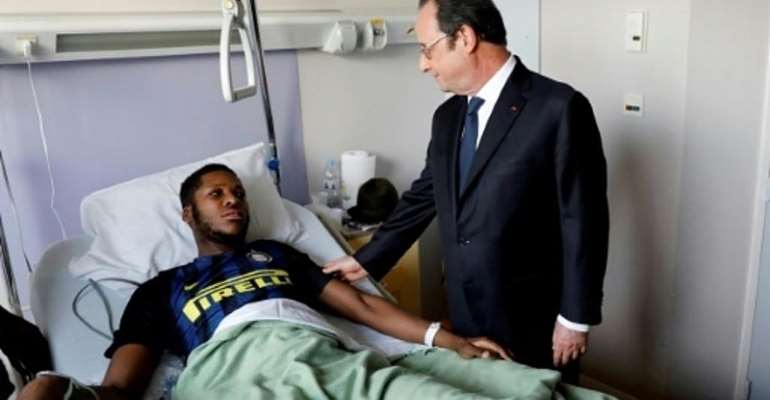 Three French police officers are to be tried in a criminal court over the case of Théo, a young black man who was left handicapped following his violent arrest in 2017.

The three officers are to be charged with deliberately using excessive force against Théodore Luhaka, who was 22 at the time of his arrest.

Thursday's decision to prosecute follows a lengthy enquiry into the assault, which left the man with significant injuries to the rectal area after the police intervention.

A case against a fourth police officer, who witnessed the intervention, has been dropped.

The incident took place in February 2017, in the Paris suburb of Aulnay-sous-Bois, north-east of Paris. Video surveillance cameras filmed the scene of the arrest.

The footage apparently shows the police trying to immobilize the youth, who can be seen arguing, before falling to the ground.

He is then moved a few metres away out of camera shot.

The case and the protests it sparked became a major news story 3 years ago, with then French president François Hollande visiting Luhaka in hospital.

From his hospital bed, Luhaka called for calm, amid increasing tensions at demonstrations calling for an enquiry.

Commenting on the decision to send the officers for trial, Luhaka's lawyer, Antoine Vey, linked the case to this week's spate of allegations of police brutality in France.

“This decision comes in a context which means that the trial will be a spearhead in the judicial battle against police violence”, he said.

He underlined that the facts detailed in the investigation were in line with what Luhaka himself had described.

A lawyer for one of the police officers said the decision was not surprising, adding that it had been “obvious” that the “extraordinary accusation of rape” was untenable.

“We will debate whether the use of violence was legitimate or not in court," said Vey. “Trial by media and judicial proceedings should not be confused."

A separate report on the matter issued by the independent Rights Ombudswoman on Tuesday called for action against the police officers concerned.

“Once the police had control of the victim, he was on the ground, handcuffed behind his back and seriously injured, there were no legal grounds to justify the use of force towards him”, wrote Ombudswoman Claire Hedon.