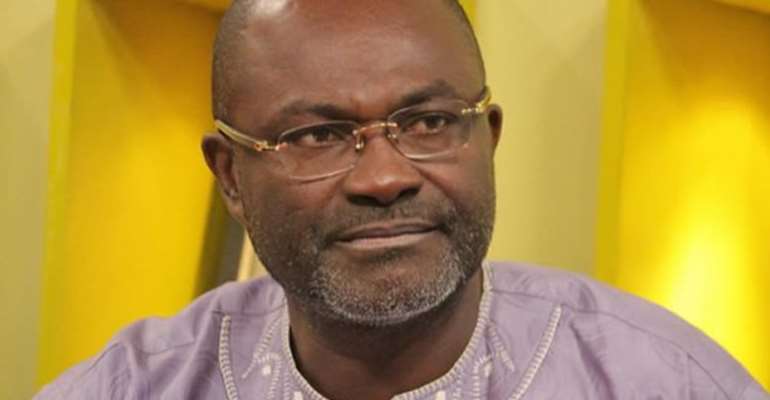 I have read both the “Breaking News” report regarding the resignation of the Independent Special Prosecutor, Mr. Martin ABK Amidu (See “Breaking News: Amidu Resigns As Special Prosecutor Over Agyapa Deal Trauma” Modernghana.com 11/16/20), and Mr. Kennedy Ohene Agyapong’s swift and characteristically caustic response to the same and find the two narratives by both men to be rather odd and devoid of merit, in particular the reaction of the hard-hitting New Patriotic Party’s Member of Parliament for Assin-Central, in the Central Region. The latter appears to be accusing the dismissed Attorney-General and Minister of Justice from the cabinet of the late President John Evans Atta-Mills of political ambush when, clearly, what Mr. Agyapong ought to be frankly and boldly discussing with the general Ghanaian public is the fact of whether, indeed, the corruption and anti-corruption findings by Mr. Amidu, vis-à-vis the Agyapa Investment Deal, has merit or forensic validity.

You see, I find the accusation of the Oman Media Network proprietor to be scandalously devoid of credibility on this most controversial issue because Mr. Agyapong has publicly and staunchly defended the tattered integrity of Mr. Adjenim Boateng Adjei, the recently fired Chief Executive Officer (CEO) of the Public Procurement Authority (PPA), when it is crystal clear that the Nana Akufo-Addo-fired PPA-CEO conducted himself in ways that called his professional integrity into question. Is the Assin-Central’s NPP Parliamentarian hereby telling Ghanaians that Nana Addo Dankwa Akufo-Addo was grossly misguided in his decision to fire Mr. Boateng Adjei, based on the quite exhaustive forensically sustainable findings of Mr. Joseph Whittal, the Chairman of Ghana’s Commission for Human Rights and Administrative Justice (CHRAJ)?

We also need to significantly point out here that in the past, Mr. Agyapong, religiously and collusively backed by Mr. Kwame Asare Obeng (aka A-Plus), the jaded and effete Hiplife act, has publicly and virulently accused the Akufo-Addo Presidency of being mired up in criminal acts of bribery and corruption, “a cash for presidential audience,” in particular the two young Deputy Chiefs of Staff at Jubilee House. So, how could Mr. Agyapong so self-righteously and vituperatively accuse Mr. Amidu, a former Presidential Running-Mate of the late President Mills, of mischievously, deviously and strategically ambuscading the man who magnanimously appointed him to the powerful and highly sensitive post of Independent Special Prosecutor at a time when the Mahama-led National Democratic Congress had literally written him off as politically nonexistent, of treacherously, ungratefully and gratuitously attempting to derail the fortunes of the Akufo-Addo Presidency?

You see, knowing the kind of votively intimate relationship that existed between Mr. Amidu and the late former President Jerry John Rawlings, I was not the least bit flabbergasted by the fact that the Independent Special Prosecutor would choose the volcanically charged moment of the passing of the man who had had the most profound impact on the professional career and ideological perspective of Mr. Amidu to dramatically announce his exit from the Akufo-Addo Administration, whose political culture and ideological principles the former was diametrically at variance with, anyway. What is more, Mr. Amidu specifically makes mention of the “events of November 12,” that is, the withering trauma with which he has been irreparably afflicted by the abrupt and, some would say, untimely passage of Chairman Jeremiah John Rawlings.

In short, rather than caustically castigate Mr. Amidu, the Assin-Central Parliamentary Representative ought to be respectfully sympathizing with the recently resigned Independent Special Prosecutor in his moment of disconsolate grief, just as, indeed, to varying degrees, the entire nation has been plunged into a deep state of mourning. Now, what we need to be critically interrogating is the fact of whether, indeed, the longest-serving Deputy Attorney-General and Deputy Minister of Justice was systematically and persistently pressured to make way for the Deputy Independent Special Prosecutor who, in the opinion of Mr. Amidu, the Akufo-Addo government appears to be far more comfortable with. As well, Mr. Amidu clearly and specifically notes that the late President Rawlings was his sole bulwark against some relentless threats that he was incessantly inundated with between October 20, when he was authorized to evaluate the corruption and anti-corruption viability of the Agyapa Investment Deal Package, and November 2, when he submitted his 13-page assessment and “observations on the analysis of the risk of corruption and anti-corruption assessment on the Report on Agyapa Royalties Limited and Other Matters Related Thereto to the President, who is also the substantive Chairman of the National Security Council.”

On the latter score, Mr. Amidu also clearly notes that he was not being provided with adequate professional and personal security services. Now, these are some of the salient issues that we, as a nation and a government, ought to be discussing with the publicly stated intent and objective of fiercely fighting the canker of official corruption. Ultimately, what is most bizarre and unbecoming of Mr. Amidu is the fact that both the Independent Special Prosecutor and his deputy would voluntarily consent to working in their respective capacities for a protracted two years, without being paid a single month’s salary or paycheck. Now, this is insufferably absurd, but it is definitely a true picture of the hopelessly dysfunctional Ghana that I have grown up to know in the administratively chaotic and embarrassingly tentative postcolonial era and do not miss the least bit, from my relatively comfortable perch here abroad.

We are talking about the Ghana of the double-salary creaming executive and parliamentary operatives. The Ghana where the Presidential Candidate of a major political party, and a former President, to boot, could actually be running for the old job which he once performed abjectly poorly, with the primary and sole objective of correcting his past mistakes. The latter candidate’s political party and ideological camp is that to which Mr. Martin ABK Amidu belongs. The self-confessed party of first-rate criminals, terrorists and nation-wreckers. But, of course, we are also, all of us, well aware of the fact of Mr. Amidu’s having been summarily expelled from the Atta-Mills Cabinet, in the nation-wrecking matter of Mr. Alfred Agbesi Woyome and the GHȻ 52 Million Question.

My good guess here is that whatever death threats he claimed to have received on the job, as Independent Special Prosecutor, is far more likely to have emanated from the Mahama Camp than the Akufo-Addo Camp. The NDC has a solidly affirmed political track-record here.