Chaos across Europe as Covid death toll spirals out of control 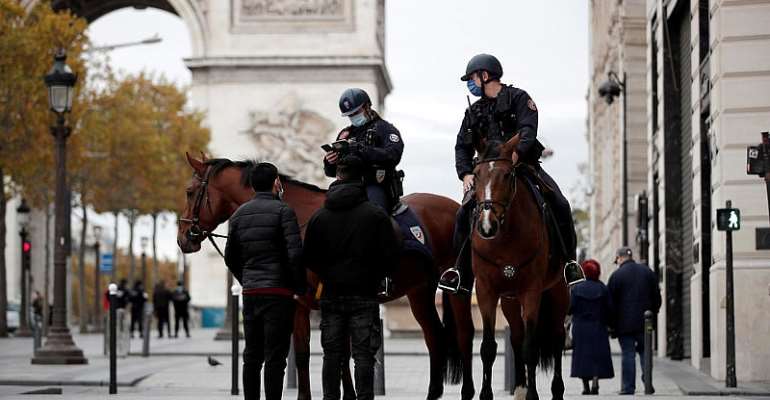 Germany on Monday led a tightening of coronavirus restrictions across Europe, as reconfinement regulations trigger frustration and anger.

To curb the spike in Germany, Europe's biggest economy, Chancellor Angela Merkel has ordered a round of shutdowns from Monday until the end of the month.

Germans will not be confined to their homes, but bars, cafés and restaurants must close, as well as theatres, operas and cinemas.

New restrictions are expected to be unveiled in Belgium, which has the world's highest number of Covid-19 cases per capita, and in Italy, the first country in Europe to impose a lockdown during the firsd wave.

Authorities in the Swiss canton of Geneva said they would close bars, restaurants and non-essential businesses from Monday night. And hospitals in Switzerland have warned that surging emergency cases may force them to admit Covid-19 patients on the basis of a medical estimation of a victim's chances of survival.

The Portuguese government will declare a health emergency enabling stricter curbs to fight a resurgent coronavirus, Prime Minister Antonio Costa said on Monday, two days before most of the country enters a second lockdown.

The government wants to be able to legally curb travel, check people's temperatures and requisition workers from the public and private sectors to fight the pandemic, Costa told a press conference

Northern Greece grinds to a halt

Greece announced a two-week lockdown Monday on its second largest city of Thessaloniki to try to contain a spike in coronavirus cases.

Flights to and from Thessaloniki airport will be suspended under the measure, which comes into force early Tuesday and also affects the northern city of Serres.

Greece has registered more than 37,000 coronavirus cases since February, including over 1,600 on Sunday alone, and a total of 635 deaths.

Frustration over the economic and social cost of lockdowns has led to protests in many parts of the world, especially Europe, with some leading to violent skirmishes.

Protesters in several Spanish cities clashed with security forces for a third night on Sunday, with vandalism and looting breaking out in some places.

Spain has already imposed a nighttime curfew, and almost all its regions have implemented border closures to prevent long-distance travel.

Violence has also erupted in several Italian cities as well as in the Czech capital Prague.

Chieftaincy conflict in Yong-Dakpemyili leaves man with two ...
43 minutes ago