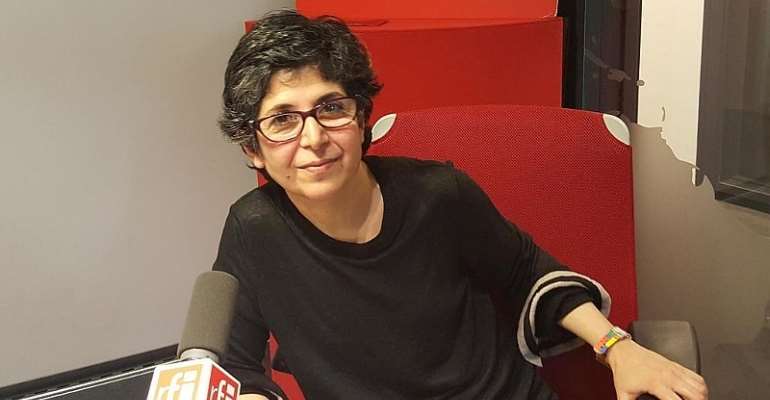 French-Iranian academic Fariba Adelkhah, detained in Iran since June 2019, has been temporarily released from prison and is currently in Tehran with her family with an electronic bracelet, her lawyer said.

Adelkhah was sentenced on May 16 to five years in prison for "gathering and conspiring against national security".

France's President Emmanuel Macron said in early June that Adelkhah had been "arbitrarily arrested" and called her detainment "unacceptable".

He added that "justice demands that our compatriot be immediately released".

On Saturday, her lawyer Saeed Dehghan told AFP that Adelkhah "was released with an electronic bracelet" and that "she is now with her family" in Tehran.

"We have not yet been given a date for her return to prison, but we hope that this temporary release will become final," Dehghan added.

Her support committee said in a statement that Adelkhah, who had held a hunger strike between late December and February, was released Saturday "under health measures and as part of a medical leave".

"This does not change the root of the problem" that her sentence was based on the judgement of an "unfair trial", it said on Twitter.

A specialist in Shiite Islam and a research director at Sciences Po university in Paris, Adelkhah was arrested in June last year.

Her trial started on March 3 with the last hearing held on April 19 at Tehran's Revolutionary Court.

She is a citizen of Iran and France, but Tehran does not recognise dual nationality.

Iran has slammed Paris' calls for Adelkhah's release as "interference" in the Islamic republic's internal affairs.

Adelkhah's French colleague and partner Roland Marchal, who was detained along with her, was released in March in an apparent prisoner swap.

Marchal was freed after France released Iranian engineer Jallal Rohollahnejad, who faced extradition to the United States over accusations he violated US sanctions against Iran.

Adelkhah was severely weakened by her 49-day hunger strike carried out to protest against her condition in prison.

According to her lawyer, she had developed a "kidney disease".

After her hunger strike, Adelkhah's support committee raised concerns about a potential Covid-19 infection in Evin prison in northern Tehran, where she was being held.

Iran has been struggling to contain what is the Middle East's worst outbreaks of the novel coronavirus since reporting its first cases in February.

The novel coronavirus pandemic has so far killed at least 26,746 people in Iran and infected 468,119, according to official figures released on Saturday.