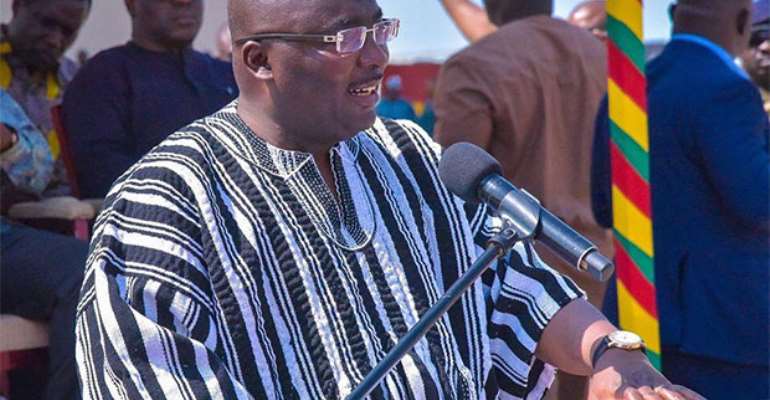 This time round, it is not just about Mr Mahama's 'incompetence'. Instead, he thinks Mr Mahama is not trustworthy, for which reason Ghanaians should not take him seriously as regards his promises.

He said this when he began his tour of the Greater Accra Region yesterday.

“This election is about records between NPP and NDC since both parties and individuals have had a stint at the presidency and not only has he (referring to Mahama) proven to be incompetent, but he has also proven to not have credibility; no credibility and no vision (sic),” he said.

Apart from that, Dr Bawumia said, “He could not pay NHIS service providers; he had to cancel teacher training allowance, cancel nursing training allowance, introduce utility bills for students, abolish Arabic instructors allowance. We had a backlog of nurses who could not get employment; ambulance system was collapsing, even chalk in school was a problem.”

He, therefore, concluded, “this is incompetence, pure and simple.”

The Vice-President considered the upcoming December 2020 elections as a crucial one for the country. He, therefore, urged Ghanaians not to trust Mr Mahama with any of the promises he is making.

What evil men mean for wickedness God turns it around for go...
1 minute ago

I saw it coming – Ben Ephson on Koku Anyidoho’s expulsion fr...
15 minutes ago