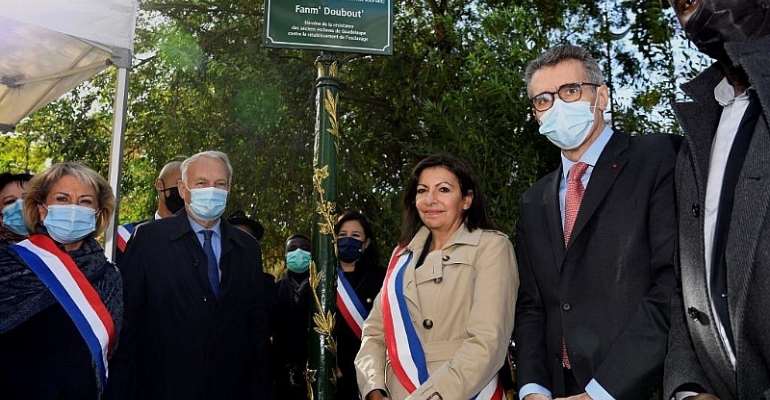 Paris mayor Anne Hidalgo has announced plans to build the capital's first statue of a black woman who fought for the liberation of slaves on the Caribbean island of Guadeloupe. On Saturday, the city hall inaugurated a park in honour of the woman.

"Paris is honouring Solitude, a Guadeloupean figure in the resistance against slavery by dedicating a park to her," Hidalgo said Saturday via Twitter as she inaugurated a park in Paris named after the iconic figure.

"Soon, a statue of this heroine -- the very first of a black woman in Paris -- will be erected there (in the park). A strong symbol to never forget her fight," she added.

The woman, Solitude, was a key figure in the resistance movement against slavery in Guadeloupe and was executed for her role at just 30.

Fighting slavery
She was the daughter of a black slave and a white French sailor, who according to some accounts had raped her mother, and was born into slavery in the plantations of Guadeloupe in 1772.

When her mother fled the plantation where she was enslaved, Solitude was left all alone with her enslavers.

She won her freedom after the French Revolution, but then Napoleon Bonaparte reinstated slavery in French colonies and Solitude joined Guadeloupe's resistance movement, according to city hall.

Dying for freedom
“Live free or die” were Solitude's last words when she was executed for her involvement in the slave rebellion, at the time heavily pregnant.

"Solitude is the first black woman honoured for herself and for her action in a Paris public space," Jacques Martial, deputy mayor of Paris in charge of overseas territories issues, told AFP.

"A defender of the values of the Republic, a committed woman, she fought for the freedom of all, against the reestablishment of slavery in Guadeloupe. She paid for that fight with her life", he added.

Colonialism debate
The debate on France's colonial past has been revived by protests against racism and police brutality in the wake of the Black Lives Matter movement that rocked the United States in the wake of the police killing of George Floyd.

Anti-racism activists in July tore down a statue of Napoleon's empress Josephine in the overseas French territory of Martinique.

There have also been calls for the removal of the statue outside France's National Assembly in Paris of Jean-Baptiste Colbert, the man behind the "Code Noir" decree that defined the conditions of slavery in the French colonies.

But President Emmanuel Macron warned in June that France would not take down statues or names of controversial figures, saying it would "lucidly look at our history and our memory together."

I saw it coming – Ben Ephson on Koku Anyidoho’s expulsion fr...
4 minutes ago

When Joseph's brothers sold him into slavery; they didn't kn...
5 minutes ago