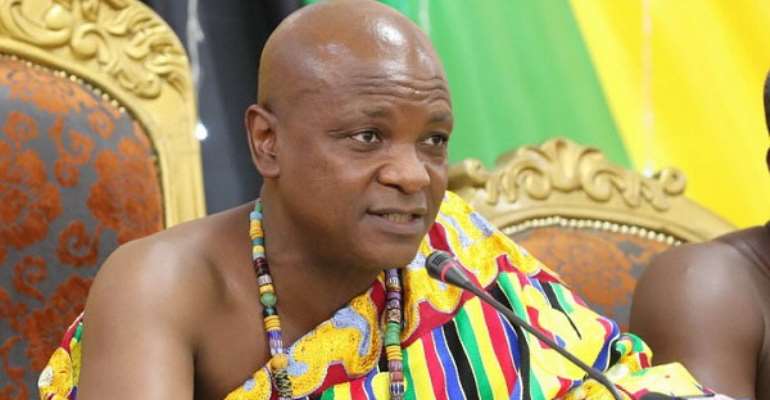 The National House of Chiefs has condemned the illegal activities of separatists which resulted in some disturbances in parts of the Volta Region on Friday, September 25.

According to the President of the House, Togbe Afede XIV, “This is not something that any of us (Chiefs) should condone.”

Furthermore “This is something that we(Chiefs) should all support the government to ensure it is nipped in the bud.”

Togbe Afede made the comments during a meeting with members of the House after news broke that separatists believed to be members of the Homeland Study Group Foundation (HSGF) and the Western Togoland Restoration Front blocked roads at the entry points of the region at Near Juapong in the North Tongu District and Sogakoge in the South Tongu District of the Volta region.

The separatists also blocked roads at Aveyime and Afife to prevent reinforcements as they attacked the Mefe and Aveyime Police Stations at about 1:00am the same day. They freed inmates and stole guns from the station and also took three officers hostage; who have since been rescued and are receiving treatment.

He said from the media reports and briefing from the Minister in charge of National Security, the development was alarming. “The Road blockades and closures, attempts at causing destruction of state property, kidnapping; this is something I have not recollected happening in this country,” he wondered.

Togbe who is also the Agbogbomefia of the Asogli State in the Volta region, noted that although the Standing Committee of the House of Chiefs will issue a statement it was important to condemn the group and their activities and also support the government to deal with it entirely.

He urged all Ghanaians to support the government saying “this Requires the support of all of us (Ghanaians) that this does not escalate any further. That our country will remain the peaceful nation that it has always been. That it will remain the country that we take a lot of pride in.”

He also prayed that the government will do all in its power to ensure “we can continue in peace. As a nation of one people with a common destiny.”

Meanwhile the Volta Regional House of Chiefs in 2019 distanced itself from activities of the Homeland Study Group Foundation, the separatist group which at the time declared parts of the region and territories stretching to Northern Ghana as an independent Western Togoland state.

The Chiefs further stressed that the group had no basis to declare independence, as some of the areas, such as the southern part of the Volta (Peki, Tongu and Anlo) the Oti regions were not even part of the then Trans Volta Togoland that joined Ghana to become a sovereign state. Those areas had always been part of Ghana. To this end, the separatists could not be the mouthpiece of the region.

The Homeland Study Group Foundation led by its octogenarian founder, Charles Komi Kudzordzi alias Papavi Hogbedetor on Saturday November 16, 2019, declared Western Togoland as an independent state from Ghana at a public gathering in Ho. Subsequently, seven of the members were arrested and charged with treason felony, while their leader went into hiding. He has still not been found.

In September, 2020 another group is reported to have organised a flag hoisting event where the Ghana Flag was lowered and the Western Togoland Flag hosted. Signposts of Western Togoland had also been mounted a few weeks ago near Akuse Junction in the Eastern region and Tsopoli area in the Greater Accra region to claim those areas as part of the new Western Togoland.