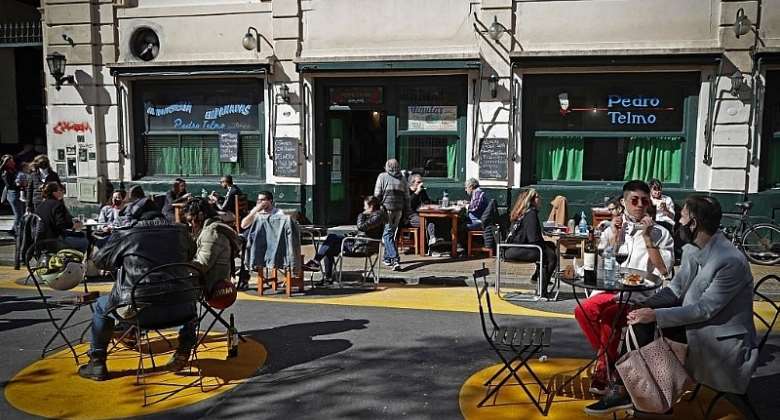 Authorities in Marseille have called on the French government to suspend “shocking” new sanitary measures that will force the closure of bars and restaurants in “maximum alert” zones including the Aix-Marseille area and Guadeloupe.

"Last night's statements are irrational … Marseille deserves better than to be used as an example,” Payan told a press conference, during which he was keen to express the "incomprehension" and "anger" of local officials now locked in a power struggle with Paris.

"We will not accept being sanctioned, punished and pointed at.”

The new rules will see bars and restaurant in “maxim alert” zones – the threshold that precedes a state of sanitary emergency – completely close for two weeks from Saturday. They will also apply to any establishment receiving the public that does not have strict health protocols.

She told BFM TV: “My first deputy tried to call him all afternoon but did not get an answer … he just got a call from the Minister of Health ten minutes before (Wednesday's) press conference.”

Rubirola said that while she was “not at all calling for civil disobedience”, the state needed to review its roadmap for managing the virus. “Nothing in the health situation justifies this announcement,” she added on Twitter.

Responding to local anger, Véran said he would take responsibility for the decision to enforce tighter rules, adding that “consulting together does not always mean reaching an agreement”.

'Thresholds critical'
Véran on Wednesday said the additional measures were the best way to stem an end-of summer surge of coronavirus infections, warning: "If we don't take action quickly, we risk reaching critical thresholds in some regions.”

However Aix-en-Provence Mayor Maryse Joissains described the protocol as a disaster. “I'm jumping on the spot, I'm in a monster rage,” she told the local La Provence news site. "I've never seen anything like it. This is going too far. Their role is to protect, prevent, even punish, but not to create an anxiety-provoking climate like this.”

Joissains said the move would cause businesses to go bankrupt and make people afraid to send their children to school. “People need to be calmed down, they are doing the opposite … This is getting out of hand, so I say 'shut up, Veran'.”

Adding to the chorus of dissent was Bernard Marty, president of the UMIH, the leading employers' union for cafés, hotels and restaurants in the region – who said he was "very, very angry" to have been warned of the decision at the last minute.

"We almost have the feeling that Paris considers that in Marseille, we are small fry and that there is no need to inform us of what is happening in our city," Marty said.

Five new alert levels
In France's redrawn virus circulation map, which now divides the country into five alert zones, 11 cities including Paris were placed on “high alert”. In these zones, gatherings of more than 10 people will be banned from Saturday and bars made to close at 10pm from Monday.

Like local officials in Marseille and Aix-en-Provence, Paris mayor Hidalgo opposes the new rules which she described as “very restrictive measures that were taken, unfortunately, without consultation".

"The vast majority of our coffee shops and restaurants have really done some nice things in the public space and, seriously, I want to give them all my support,” she said in a video excerpt broadcast by BFM TV