Construction Works To Begin On National Cathedral Next Month 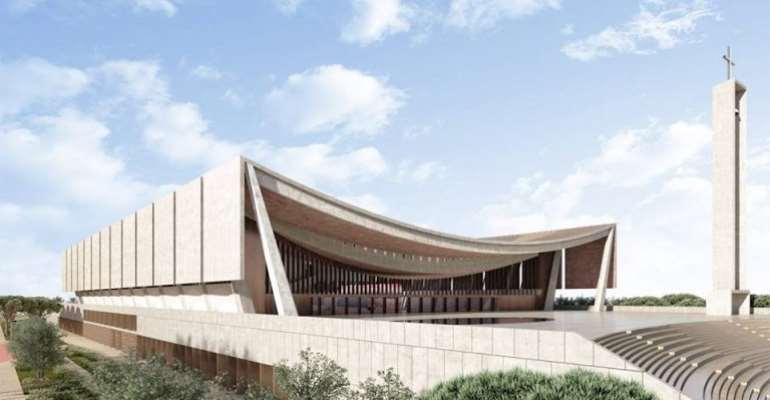 Construction works on the much anticipated National Cathedral project is set to begin in early October 2020.

The Secretary of the Board of Trustees for the project, Victor Kusi Boateng, announced this in an interview.

Construction of the cathedral was initially expected to begin in April 2020.

Victor Kusi Boateng said the new date will not affect the timely completion of the project.

“It had to be delayed because there were a few complications here and there with regard to people that were going to work on the project. Actual construction will begin in October [2020] if not for the COVID-19. By the grace of God the main contractor of the project is almost approved and so by the first or second week of October construction will start,” he added.

President Nana Addo Dankwa Akufo-Addo has been criticised for his decision to build a National Cathedral in the face of numerous challenges facing the country.

In his defence, the President has said the construction is in fulfillment of a promise he made to God in the run-up to the 2016 election.

The monument is expected to be put up within the next five years and will have a 5,000 seating capacity with chapels, a baptistery, a music school, an art gallery, and a Bible museum.