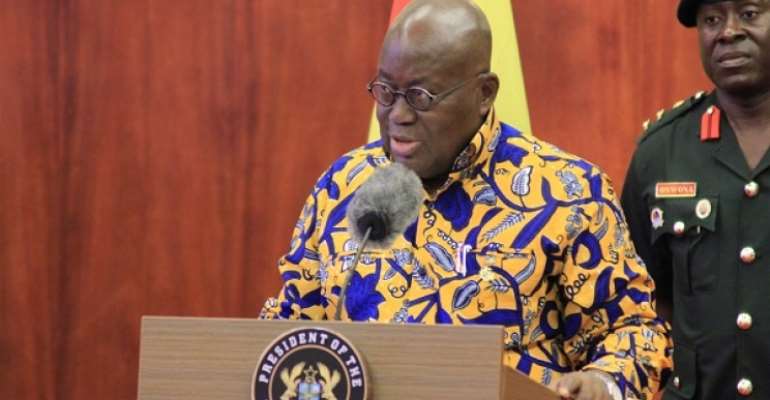 The members of the Catholic Bishops’ Conference of Ghana (CBCG) got it all deliberately wrong. The plaint that President Addo Dankwa Akufo-Addo put before them was that former President John “Airbus-Kanazoe” Dramani Mahama had dared to publicly vilify the entire ethnic polity and identity of the President, because Nana Akufo-Addo’s immediate predecessor resented some policy initiatives that were being undertaken by the ruling New Patriotic Party (NPP), in this particular instance the Agyapa Royalties Investment Deal, of which the Mahama-led National Democratic Congress had taken exception.

This investment policy package, by the way, has already been debated by the Full-House of Parliament and approved strictly along partisan lines, although like its eleventh-hour turnaround vis-à-vis the December 17, 2019 Referendum on the democratization of the selection and appointment of Metropolitan, Municipal and District Chief Executives, the parliamentary representatives of the National Democratic Congress (NDC) had initially bought into the deal (See “NDC, NPP Are Both Guilty of Politics of Name-Calling – Catholic Bishops” Modernghana.com 9/7/20). Rather, the logical answer that Nana Akufo-Addo sought from the Roman Catholic prelates was whether the President would be perfectly within the confines of justice and fair play to return commensurate fire by equally subjecting the Gonja people to the sort of political and moral indignity that Mr. Mahama has been perennially and incessantly subjecting the people of Akyem-Abuakwa over at least the course of a decade.

It is on account of the latter query that the members of the Ghana Catholic Bishop’s Conference could be aptly deemed to have miserably failed in their duty as the conscience and moral leaders of Ghanaian society. Of course, we all know that going into the 2020 Presidential Election, the incumbent President Akufo-Addo would have far more at stake than his message-challenged main political opponent and challenger, Mr. John “Akonfem” Dramani Mahma, who has done a diddly little to commend him to any progressive-minded Ghanaian voter or incline the latter towards casting his/her ballot in his favor. On the cultural and intellectual development front, for example, the Bole-Bamboi, Savannah Region, native has fiercely denounced Nana Akufo-Addo’s landmark and morally and economically auspicious implementation of the fee-free Senior High School System, in particular the Double-Tracking System that has enabled approximately 200,000 students from poor families whose chances for survival and economic comfort in an increasingly global technological culture would have, at best, become tenuous and precarious and, at the worst, decidedly nonexistent.

The Bishops’ rather passive and noncommittal response, to the dubious effect that both the operatives of the ruling New Patriotic Party and the main opposition National Democratic Congress have been given to the inordinate indulgence in political insults, or the politics of abuse, is rather scandalously naïve because absolutely nowhere in even the most advanced of global democracies have electioneering campaigns been perfectly antiseptic or totally devoid of some modicum of the appropriation of intemperate language, or what renowned journalist and stateswoman Ms. Elizabeth Ohene characterized as the use of “colorful language” by the leaders of Ghanaian Civil Society Organizations. It is also rather asinine for anybody to claim that the hypothetical situation or example given by Nana Akufo-Addo vis-à-vis retaliatory or retributive justice for the “Akyem Mafia” and “Akyem Sakawa Boys” salvo savagely lobbed by Candidate Mahama, would be tantamount to “anti-Northern” tribalism.

It is almost as if Ghanaians of northern ethnicity or geographical origin were among the most stable ethnic and cultural polities in the country. We, all of us, definitely know far better than that. But, of course, even as noted above, President Akufo-Addo has far more at stake in his determination to lift Ghana out of the morass of acute and grinding poverty than Candidate Mahama, who only sees political power primarily in terms of robbing the Ghanaian taxpayer raw. John Mahama knows perfectly well that he is a spent force who has absolutely no worthwhile agenda for the economic and industrial development of the country, other than voraciously creaming the coffers of our National Treasury with the unconscionable and kleptocratic likes of Mr. Alfred Agbesi Woyome.

Unlike Mr. Woyome, however, Candidate Mahama prefers to keep his loot in Dubai, the United Arab Emirates, where he spends most of his Christmas vacations and some members of his family literally live high on the hog in self-imposed exile. So, clearly, Election 2020 is a fierce contest between Ali Baba and Santa Claus, that is, between a common thief and an experienced and astute statesman who believes in investing heavily in the education and the future of our youths for the collective and ultimate development and prosperity of our beloved nation.