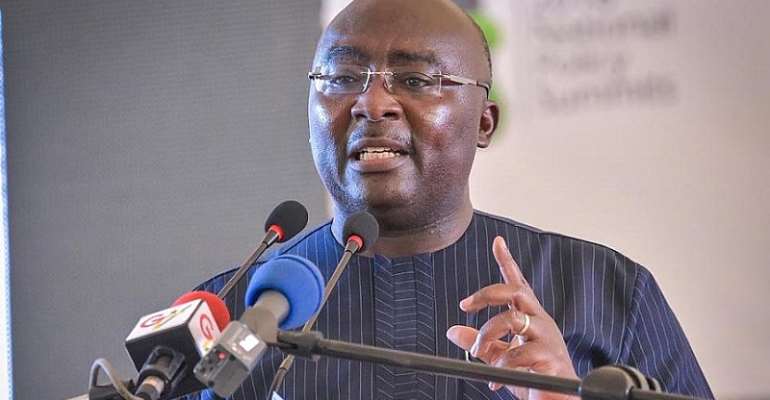 For a President who cancelled allowances for teacher and nurse trainees as well as scrapped Arabic teachers' allowance, Mr John Mahama, should he be voted for in the 7 December 2020 polls, will surely cancel the free senior high school education instituted by President Nana Akufo-Addo, Vice President Dr Mahamudu Bawumia has said.

“We are a government that is thinking about the people, the poverty of our people and to bring in policies that will uplift our people from poverty”, Dr Bawumia told the people of Saboba in the Northern Region where he has been touring.

“And that is why”, he noted, President Nana Akufo-Addo, when he was a candidate, “said he was going to build a Ghana that was going to be inclusive of everybody – north, south, east and west.”

“We’re building a government with policies that will include everybody. He said he was going to bring free SHS.

“Today, John Mahama says he wants to come back. Can we trust him with free SHS?” he asked the people.

“The person who said it wouldn’t work, that we can’t do it; you cannot trust him with free SHS. The only person you can trust is Nana Addo Dankwa Akufo-Addo. He dreamt it, he visioned it, and he made it happen”, the Vice President said.