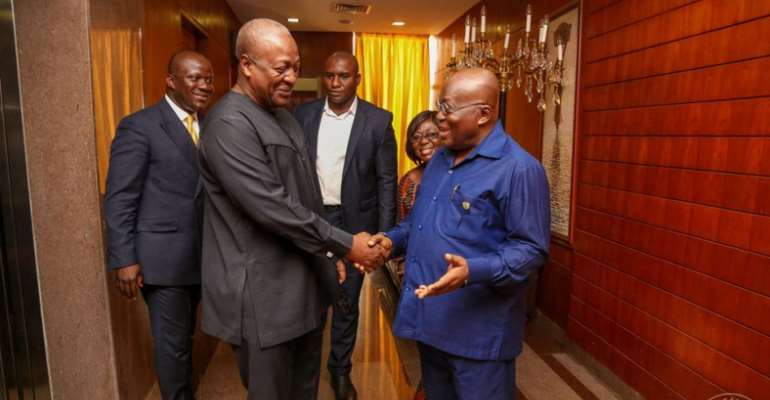 President Akufo-Addo has for the first time reacted to the legalisation of okada promise made by former President John Dramani Mahama.

Mr Mahama had promised to legalise okada operations should he win power on December 7, 2020.

John Mahama insisted that legalising such okada operations was long overdue since such a business had created more jobs than all the “artificial” job creation avenues created by any government.

However, Akufo-Addo believes such a promise is populist.

The President also rejected claims that the okada operations have provided more jobs than social interventions established by his government.

President Akufo-Addo insisted that his social intervention programmes such as NABCo, Planting for Food and Jobs, One District one factory among others have created over two million jobs.

“A law was made during the Mills/Mahama era [which banned okada operations in Ghana]. Today he has changed his mind. He said he is going to legalise it. How can that provide more jobs than NABCO and Planting for foods and jobs? We have provided over two million jobs with these social intervention initiatives. So how can you say that okada will provide more jobs? It’s just populist. It’s another sign of inconsistency– when you are in power you say one thing and when you are out of power you say something else. It doesn’t help in creating better public discourse,” Akufo-Addo said.

President Akufo-Addo made the remark during an interview with Oman FM on Friday, September 4.