The Heighten Dynamics Of Media Effects 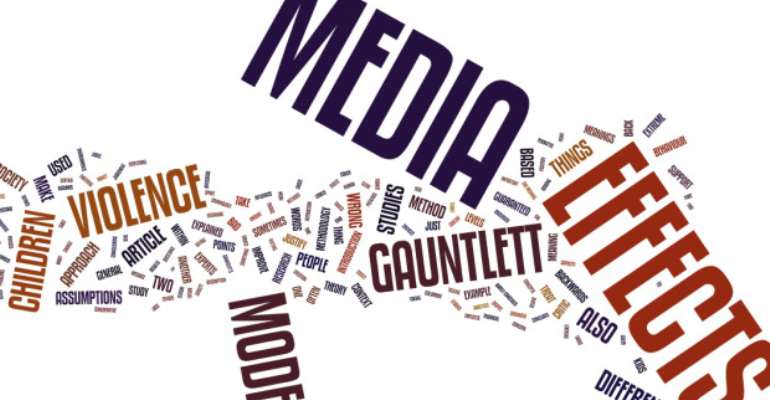 The world has been characterized by many social issues leading to problems such as declining of human resources, increasing theft cases and many others. The role of social media cannot be an exception when talking about social problems even though it presents itself with some advantages in social networking.

In recent times, the rate of media effect on individuals and society is on the rise with its own associated trends. It is on this background that this piece seeks to talk about some heighten dynamics of media effects on the society and the individual in particular. Black et al (1995) define media effect as the presumed cause i.e. a person watches a lot of violence, romantic, sex in films or television and the presumed effects thus; a person becomes addicted to sex, romance, uncultured and aggressive. These effects varies on individual bases due to the intensity or the availability of resources such as time and money to access these items on the media. Media effects mean different things to many people.

Also, the impact of streaming or watching fashion sense, sport and violence act are proportional to blind imitation and sometimes impersonations. In this case, it is the contents of the mass media that produce the effects. Most of the mass media dynamics are as result of the levels of assessment of the media effect.

At the individual level, media effect is in the reflection of the individuals’ attitudes, perceptions, the level of anxiety and the moral judgement on predispositions to commit a crime, and on many other dimensions of what we think, feel and act. Media effects at the individual level have brought about addiction, blind imitation, misinformation and health implications by taking wrong concoctions and wrong usage of drugs on the latter.

Finally, at the reference group level, due to evaluation of oneself from his/her peers, media effects have caused many damages such as crave for material things, addiction to unwarranted things, putting pressure on oneself to achieve things in a haste and inability to achieve such things could lead someone to commit suicide, become depressed and emotionally weak. Again media effects lead many people among reference group to compromise on privacy and demoralizing cultural standards in the society.

To draw the curtains down, the positives of media effects cannot be overlooked. It include; education, entertainment, social interaction and bonding businesses and organizations. It is said that mass media alone should not be blamed or praised for any disruption or betterment of the social networking process. Rather, it maintains that both the media and the society at large should be responsible for such alterations in the social networking process. One needs to put points rather than taking a one sided position, that is ‘uses’ against ‘effects’. it is worthwhile to consider the new narratives which seek to harmonize the ‘uses’ and ‘effects’ of media effects.