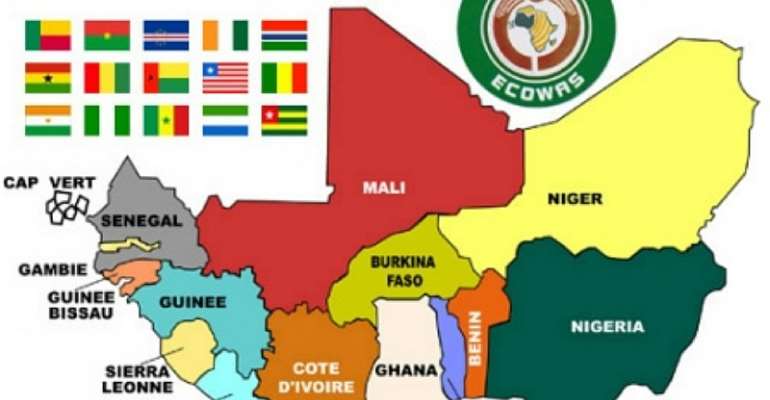 I read about this Islamic judicial travesty in an opinion piece by the Nigerian columnist by the name of Leo Igwe, in which a 22-year-old singer-composer by the name of Yahaya Aminu Sharif was reportedly sentenced to death by hanging by an Islamic court in the northern Nigerian city of Kano (See “Humanists Condemn Death Sentence on Singer Accused of Blasphemy” Modernghana.com 8/12/20). For this writer, personally, this question borders on the subject of Pan-Africanism and the political and cultural unification of the West African Subregion, under the longstanding umbrella of the Economic Community of West African States, ECOWAS, of which a predominantly Islamic Democratic Republic of Nigeria constitutes approximately half or 50-percent of the 360-million-plus residents and citizens of the West African Subregion.

The Aminu Sharif case ought to provoke the anger and condemnation of all West Africans because not very temporally distant from now, the 15 or 16 discrete postcolonial geographical entities that make up the membership of ECOWAS could become 16 or more states in one country or nation called West Africa or whatever name gets settled upon by our proverbial “Leaders of Tomorrow” (LoT). And when that day and event comes to pass, it is highly likely that the overwhelming majority of the citizens of the West African Subregion would be Muslim in ideological and cultural orientation. With Islamic or Sharia Law afforded free and unfettered reign in Northern Nigeria and other parts of the West African Subregion, non-Islamic peoples and our cultures are bound to suffer the harsh and extreme realities of the decidedly anachronistic and temporally primitive and morally and civically regressive Sharia Laws.

In other words, the indispensable hypothesis here is that the ideology of Pan-African Unification is immutably predicated on philosophical and cultural modernism and/or progressivism, and not the inadvisable reversal of the same. On the latter condition, the statutory tenet of the strict and rigid Separation of Religion and the State must be the rule, irrespective of the granting of Federal Autonomy, as well appears to be the case of Nigeria. Federally oriented autonomy notwithstanding, in the kind of Pan-African Unification that most progressive Africans have been striving for since the middle of the Twentieth Century, political secularism is the semiotic fulcrum or focus. Religion, be it Christianity or Islam, ought to be increasingly relegated to the level and moral category of personal ethics, even as the LAW, which is already heavily infused with the most wholesome aspects of our religious beliefs, takes the fore, where our integrated social life and existence are concerned.

In other words, the passive accommodation of Sharia or Islamic Law could result in a sticky situation that may or could very well take a shape and a form strikingly akin to the present-day Mainland China and Hong Kong and Taiwan relationships, a kind of uneasy truce that may very well culminate in the effective balkanization and disintegration of the ECOWAS Federation. You see, the problem with the foundation and establishment of ECOWAS is that it was primarily economically determined, instead of its being complementarily determined by both economics and culture. For, ultimately, without the full articulation of a meta-cultural unification as its architectural foundation, the ECOWAS foundation, whose final destination is the West African Union, is far more the handicraft of mutual cultural intelligibility and accommodation than it is the mere capitalistic creation of an expansive or a vast market or commercial space for the exchange goods and services. It is about the inextricable interlinkage of human lives and values.

This is what makes the death penalty inadvisably imposed on Mr. Yahaya Aminu Sharif all the more relevant in our collective global battle for human dignity and artistic freedom. “Blaspheming” against the Prophet Muhammad, Allah Be Merciful with His Soul, or Jesus Christ of Bethlehem and Nazareth, ought not to be legislated or punishable by fallible humans who may themselves not be morally any more righteous or refined than Mr. Aminu Sharif. As the Christian God wisely admonishes, in this particular context, “Vengeance Is Mine, I Shall Repay”.