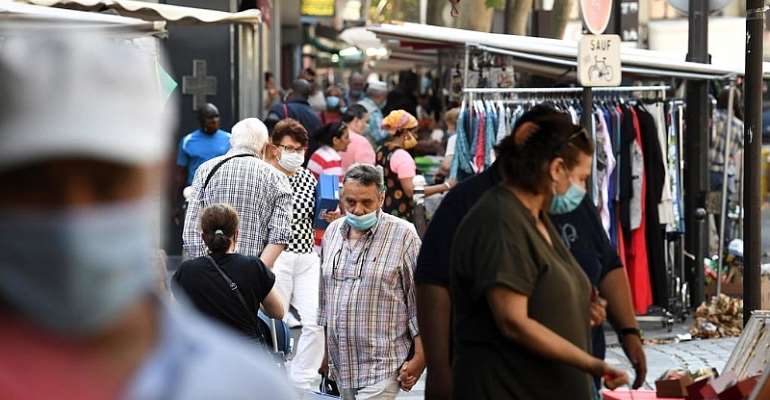 People in France are more worried about health, rather than the economic impact of the coronavirus pandemic, according to a poll published in the newspaper Le Journal du Dimanche.

The Ifop poll, carried out between 13 and 14 August on just over 1,000 people over the age of 18, revealed that 52 percent of them had faith in the government to assist companies struggling in the fallout of the virus that has claimed more than 30,000 lives in France.

However, only 41 percent of the respondents felt that the government was dealing with the crisis effectively, a drop of 11 points since the same question was posed in a survey in May.

On the issue of what was worrying them the most, 530 people placed the health risks to themselves and their family members ahead of the risks to their own job prospects and those of their relations.

Nearly 900 respondents said they were concerned about the economic consequences of the pandemic.

The survey was published in Le Journal du Dimanche (JDD), which also carried an interview with the employment minister Elisabeth Borne.

She said she would call for the compulsory wearing of masks in collective workspaces during talks on Tuesday between employer and union representatives.

"A theme that appears in all scientific opinions is the value of wearing masks when there are several people in a confined space,” Borne told JDD. Doctors have increasingly called for masks to be required in the workplace while the HCSP , a body advising the government on health policy, issued a recommendation calling for masks to be compulsory in all common indoor spaces.

The employment minister's intention was borne out in the Ifop survey.

Less than 200 people said they were bothered about the loss of civil liberties - such as wearing face masks in public and shop closures - during the battle to stem a pandemic that has led to 760,000 deaths worldwide.

France has suffered a rise in the number of infections over the last week.

The resurgence prompted Britain to impose a 14-day quarantine for people arriving from France and led the authorities in Paris to expand zones in the capital where wearing a mask is mandatory outdoors.

This week's upswing has taken the seven-day moving average of new infections above the 2,000 threshold for the first time since April, when France was in the middle of one of Europe's strictest lockdowns.

The number of people in hospital has trended downwards in recent weeks even as new Covid-19 cases have risen, with experts pointing to the spread of the virus among younger people.

However, the latest daily figures showed a slight rise in the number of hospital patients, at 4,857 against 4,828 a day earlier, as well as a rise in intensive care patients to 376 from 367.