France to call for masks at work as daily Covid-19 infections top 3,300 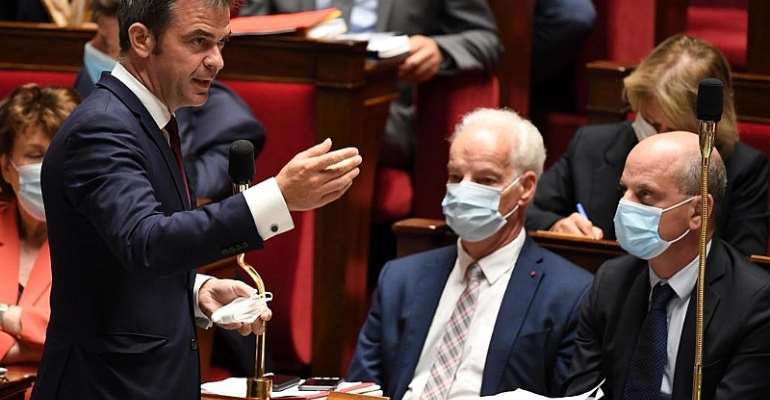 The French government is to call for face masks to be worn in all shared workspaces, as health officials reported a new post-lockdown high in daily coronavirus infections.

The public health agency on Saturday registered 3,310 fresh cases in the latest 24-hour period, continuing the upward trend of new highs not seen since April.

The number of clusters being investigated increased by 17 to 252, said Santé Public France.

The resurgence prompted Britain to impose a 14-day quarantine for people arriving from France, and led the authorities in Paris to expand zones in the capital where wearing a mask is mandatory outdoors.

Employment Minister Elisabeth Borne said she would propose on Tuesday at talks with employer and union representatives that masks be compulsory in collective workspaces.

“A theme that appears in all scientific opinions is the value of wearing them (masks) when there are several people in a confined space,” Borne said in an interview with French newspaper Le Journal du Dimanche.

Doctors have increasingly called for masks to be required in the workplace while the HCSP, a body advising the government on health policy, issued a recommendation calling for masks to be compulsory in all common indoor spaces.

This week's upswing has taken the seven-day moving average of new infections above the 2,000 threshold for the first time since April, when France was in the middle of one of Europe's strictest lockdowns.

The number of people in hospital has trended downwards in recent weeks even as new Covid-19 cases have risen, with experts pointing to the spread of the virus among younger people.

However, the latest daily figures showed a slight rise in the number of hospital patients, at 4,857 against 4,828 a day earlier, as well as a rise in intensive care patients to 376 from 367.

This is what Akufo-Addo and US Vice President Kamala Harris ...
24 minutes ago